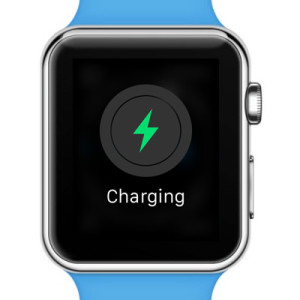 Because the Apple Watch borrows pretty much all the iPhone functions, one could expect that its battery life is similar to its iOS companion. “Surprisingly”, this is true! The good news is that your newest wearable has enough power juice for one full day of normal usage. This way you can receive notifications, track your activity, engage in phone calls and much more, without worrying that the Watch will shutdown before you return home.

However, this also means that you have to charge the smartwatch daily. We’ve come up with a few tips and advices that help you properly fill up the battery levels, in the shortest time frame possible. As you know, the Apple Watch uses inductive charging to refill its energy levels. It’s an innovatory system that combines inductive charging with MagSafe technology, instead of the classic plug in/out system available with the iPhone’s or iPad’s lightning cables.

How To Charge Apple Watch
The process is very easy. You only need a flat surface and the wearable’s Magnetic charging cable or case:
1. Plug the Magnetic cable or case in the power adapter, included in your Apple Watch package. (You can also use and adapter from your iPhone or iPad.)
2. Plug the connected adapter into a power outlet.
3. Bring your Apple Watch and hover it over the Magnetic connector, with its back facing the charger. When the distance is small enough, the gadget will get attracted by the magnetic field and automatically snap into position.
4. A distinct tone and the charging icon (green lightning), inform you that the battery loading process is underway.

Apple Watch Magnetic Charging Case
You can also charge your wrist gadget with the help of third party Magnetic charging cases. They work the same as the official charging cable available in your initial Apple Watch package.
Only the Apple Watch Edition model comes with a native charging case, instead of the classic cable provided with the regular Watch and the Watch Sport models. However, there is no difference in terms of functionality between the two systems. The case only ads comfort because it makes your device easier reachable while loading.

How Long Does A Charging Cycle Last?
It really depends on the amount of juice left, when you start the charging process. From our tests, if the Apple Watch has 10% or less battery life left in its tank, a complete charging cycle, up to the maximum 100% level, takes a little over 2 hours. Duration decreases the higher the figures displayed by your battery percentage indicator are, when charging starts. Battery fill up time can also be shortened if you use the following tricks and tips.

Apple Watch Charging Tips
1. Speed Up Charging
Similar to your iPHone, the wrist gadget fills its battery levels faster, if you turn on Airplane Mode, during the loading process. This kills all connectivity and allows your device to focus on charging, without burning unnecessary power juice. It’s not that you’re going to use the smartwatch while it’s not on your wrist anyway. So, why bother and allow it to ring, connect to WiFi or exchange data with it’s iOS companion. More, you don’t risk to miss anything important, because you still have your iPhone in case something important comes up.
Fact: We’ve also tried to bring the Watch in Power Reserve mode and even shut it down completely to see if it’s charging faster, but watch OS is configured to automatically power the device On, the moment it’s connected to a power source!

2. Nighttime Battery Filling
In some cases, especially if you own a 42 mm Apple Watch, your battery could last more than a day. You could reach bedtime with battery levels as high as 45% – 50% and attempt to stretch the autonomy to the next day. This is risky, because your Watch’s battery will continue to drop a few percentage points during the night and you’ll be forced to take on another full day with around 40% remaining. If you have a charger at work and don’t mind losing your Activity tracking for a couple of hours, go for it. But our advice is to charge your wearable every night no matter how high or low the battery levels are! 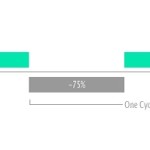 Fact: Apple Watch comes with Lithium-ion batteries which count charging cycles. A cycle is ticked when you discharge 100% of the capacity. A cycle can be divided in more charges. For example, if you burn 50% until bedtime and charge again, a full charge is counted only the second day, when the battery reaches the halfway point and you fill it again!

3. Fast Charge
In case you need to fill the Watch battery during the day, you can perform only a partial charge and bring back the Watch on your wrist as soon as possible. Li-Ion batteries charge in two stages. First they use a Fast charge mode to reach 80%. For the remaining 20%, Tickle charge stuffs electrical current to extend lifespan.

4. Charging Location
If you need to charge your device during the day, avoid placing it in a sun exposed position. Leather bands can be damaged by direct sunlight exposure, while the Watch itself can dangerously overheat if it remains for 2 hours in the sun.
To avoid overheating you should also pick a well-ventilated site for charging your device.

5. Passcode Usage
We also recommend you to use the Passcode and Wrist Detection features on your watch. This way every time you untie the gadget from your Wrist to connect it with the Magnetic charger, the Watch detects the wrist removal and automatically locks your device. So, as long as it’s charging you’ll have to type the Passcode to be able to check something on your wearable. This will discourage you to tamper with the device while loading, thus ensuring a faster charge time.