Posted in News by Patricia on September 4, 2017 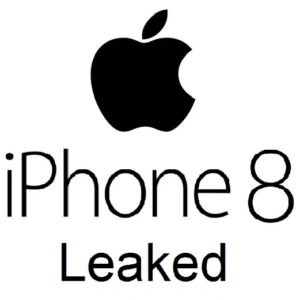 China is the main source for iPhone leaks because it’s the country where Apple manufactures the device. Considering that we’re only 8 days away from the official iPhone 8 release scheduled for September 12, it’s common sense to assume that a series of 2017 iPhone flagships are already active and heavily tested. If one of them is smuggled out by an employee or lands in the hands of an anonymous source you get the video embedded below, shared all over the web.

The 8-second footage depicts the 2017 OLED iPhone’s Home screen, running iOS 11, which includes the split Status bar available at the top of the display, with the left “ear” showing the current time and the right one incorporating carrier signal strength, Wi-Fi connectivity status and battery signal. We can also notice the 6-row app layout as well as the new Gesture Bar. This matches the layout leaked just a few days ago and presented here.

Is The iPhone 8 Video Leak Legit?
Before watching the video I have to warn you that the authenticity of the footage can’t be confirmed. However, even if the smartphone showcased in the video isn’t the original iPhone 8, it’s a pretty good mock-up or a mirror that looks almost identical with the upcoming original. It could be either a clone device, or even a Samsung Galaxy S8 running an iOS 11 mirror.
Fact: The user taps on an app icon and opens up a blurred screen that looks like the iOS Settings page. However, it’s not the Settings icon that he presses on the Home Screen!