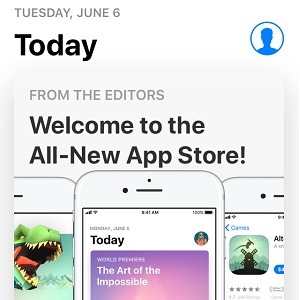 Nine years after it premiered, the App Store receives a full revamp along with the release of iOS 11. Apple claims that it extracted all the positives and has redesigned its online software market to help users discover new apps and games more easier. But that’s not all, the new App Store comes with new sections like App of the Day, Game of the Day, numerous collections as well as tips and tricks about how to use applications at their full potential.

Although iOS 11 is scheduled to reach our Software Update screens this fall, Apple has already released a first Beta version for Developers and we managed to get a glimpse of the new App Store. You can test it yourself by installing iOS 11 beta on a secondary Apple smartphone or by waiting for the public beta, expected this summer. In the meantime, read on and check out all the new features that you can expect in the revamped App Store edition!

New App Store Tabs
The bottom menu has been reconfigured and it now comes with the Today, Games, Apps, Updates and Search tabs. They replace the traditional Featured, Top Charts, Explore, Search and Update. 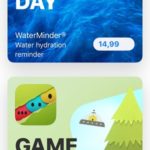 1. Today Tab
Is the App Store’s new home screen tab. It includes the Daily Stories section, that comes with insights about popular apps and games. The App of the Day and Game of the Day widgets follow. Each day a free or paid application and game is reviewed by professional App Store curators. Collections like The Perfect Coffee Break are practically list of similar apps that you can use during a 5 minute break. Last and not least the How To column provides tips and tricks about popular apps. The Today view is completed by more app collections like The Daily List and more. 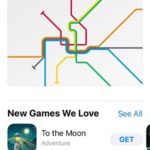 2. Games Tab
We all love to play and this is why games have received their own tab in the new App Store. Check out the featured game of the day as well as New Games recommended by Apple’s curators. As you continue to scroll, demos follow along with the Top Paid and Top Free collections. There’s also a The Most Beautiful Games list, followed by a Category based lookup. You can choose from: Action, Arcade, Simulation, Puzzle, Adventure, Family, Board, Card, Casino, Music, Racing, Role-Playing, Sports, Strategy, Trivia and Word. 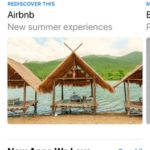 3. Apps Tab
The application’s tab is similar to the games one. It starts with a featured app that was most likely recently updated. The New Apps We Love column follows, along with the Our Big Beautiful World section. Collections with Top Paid and Top Free apps follow. The Get Out, Get Active list plans to keep you in shape. The Category search includes the following classes: Photo & Video, Entertainment, Social Networking, Utilities, Music, Lifestyle, Book, Business, Catalogs, Education, Finance, Food & Drink, Health & Fitness, Newsstand, Medical, Navigation, News, Productivity, Reference, Shopping, Sports, Travel and Weather. 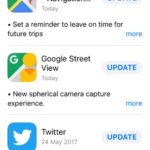 4. Updates Tab
Is perhaps the section that has changed the least when comparing to the old App Store. Excepting different fonts and small redesigns you’ll easily recognize the list of apps that have been recently updated along with their logs. Software that comes with a new version is listed at the top of the page.
The Update All button is found in its traditional position as well as the Open and Update labels. 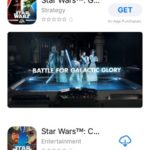 5. Search Tab
Is now positioned last in the App Store menu. It receives extra capabilities, because now you’re also able to search for collections, tips and tricks and editorial stories published by Apple’s in-house App Store curators. More, app results include the demo video, below the app’s name. It automatically plays to make it easier for you to recognize the game that you’re looking for!

Fact: The iOS 11 App Store has been revamped in a similar fashion with Apple Music. Editors are hired in all countries to review and test new apps, detect what’s hot and promote must-have apps and games for the iPhone, iPad, iPod, Mac and Apple Watch! 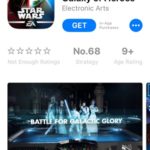 -> The application page debuts as expected with Logo, Name, Developer and Pricing. GET means that the software is free to download. If it’s accompanied by the In-App Purchases label it means that you might have to spend some cash to play all levels, remove ads, or get some extra features.
-> The app’s ratings, ranking and age recommendation have been promoted to the top of the screen, to provide you a good idea of what software you’re about to download.
-> A descriptive video, that acts like a short demo is available below the charts, to give you a clear picture about the game or app in question 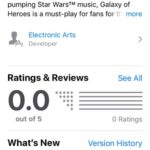 -> The description follows along with info about the developer.
-> Expanded view of the ratings along with the reviews unfold as you continue to scroll.
-> The What’s New section provides info about the latest update. It can be expanded by tapping on more.
-> Other General Info regarding Size, Compatibility, Languages, Age Rating and In-App Purchases follow
-> Last but not least other games by the same Seller are promoted, as well as other related apps.

Fact: It’s unclear yet if the Free App of the Week campaign will still run in iOS 11. But I’m sure that we’ll find out until the public release.