Apple Pay Cash Not Working For You? Here Is How To Troubleshoot! 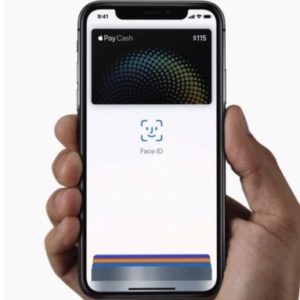 So, you successfully upgraded to iOS 11.2 but are having a hard time finding the new Apple Pay Cash, person-to-person payment system that works via iMessages? First of all, be aware that Apple’s new peer-to-peer payment system is only available for United States customers, in the first release wave. This means that you can only send an iMessage payment if you’re an U.S. citizen and another U.S. resident is involved in the transaction. Yes, the service works if you travel abroad as long as you are in North America when setting up the system.

Talking about setup, make sure that you configure Apple Pay Cash properly and that you add money on the virtual card available in the Wallet app. Know from the get go that you need to be at least 18 years old, own a credit or debit card, have two-factor authentication enabled on your iOS device and you own at least an iPhone 6 or newer.

Have You Verified Your Apple Pay Cash Account?
After sending and receiving a total amount of $500 you need to verify your identity in order to be able to continue to use the service. Verification is done within the iOS Settings app with the help of the last 4 digits of your Social Security Number. More details available here.
Fact: Once your a verified Apple Pay Cash member you can accommodate up to $25,000 on your Apple Pay Cash card.

Apple Pay Cash Not Released Yet!
Although iOS 11.2 is already live and we’ve informed you that Apple Pay Cash will be finally released along with this 2nd major iOS 11 iteration, Apple’s person-to-person payment option isn’t available yet because the system isn’t ready. Apple planned to release iOS 11.2 on Tuesday, December 4 but has been forced to roll it out a couple of days earlier in order to patch the nasty December 2 date bug. Apparently Apple Pay Cash still wasn’t ready for a rushed release and we will most likely see it go live by December 5. In fact, Apple Support has confirmed on Twitter that Apple Pay Cash will become available "early next week".