Posted in Errors and Issues by Mike on October 6, 2022 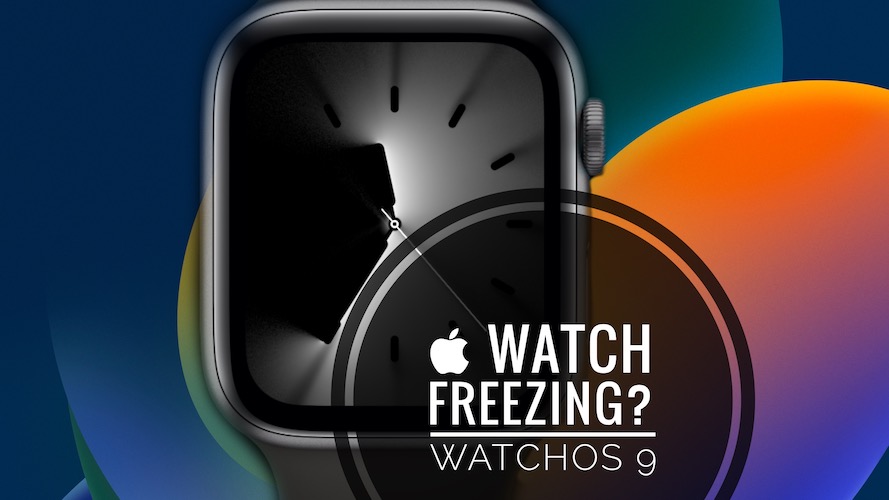 This annoying problem has been reported by Alex:

“Updated my Watch Series 5 to watchOS 9 and now it freezes at random times. Sometimes it takes days, sometimes just an hour.”

and confirmed by Bernard:

while Sean complains about touch screen problems on Apple Watch 7:

“touch screen not responding properly on series 7. Just takes a longer press for the screen to respond. It’s very annoying.”

This looks like a widespread issue as we’ve found similar reports on Reddit and the Macrumors forums.

Apparently, the most affected models are the Series 5 but other Apple Watches might experience random freezing too. Are you having similar problems? Please confirm them in the comments section available at the end of this article!

How To Fix Apple Watch 5 Unresponsive

Apple will have to address these issues in an upcoming software update. However, until then you can apply the following troubleshooting steps:

A quick fix, requires you to detach the gadget from your wrist, wait a couple of seconds until it locks and then re-attach it to your wrist.

Type your Passcode and watch should unfreeze! Does it work?

If the above trick won’t work, a force restart should make the touch screen responsive again, at least temporary.

How to: Simultaneously press & hold the Digital Crown + Side Button until screen turns black and Apple logo is displayed.

Apparently, this watchOS 9 bug is only triggered by specific Watch Faces. One of them being Unity Lights.

If your Apple Watch becomes unresponsive, change the Watch Face, after you managed to unfreeze it!

Let us know if this helps, and if you experience freezing behavior with a particular Watch Face. We will update it here.

Have you managed to fix Apple Watch freezing after watchOS 9 update? Do you have a better solution or more questions? Share your feedback in the comments!

Related: For more day-one watchOS 9 problems and their available workarounds please check out our extended review!