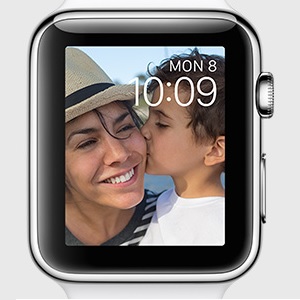 A while ago we informed you that watchOS 2 will bring Time-Lapse Watch Faces to all Apple Watch users. Today I’ll show you another new background type for your wrist-worn device. It’s called the Photo Album Watch Face and will become available this fall too, with the public release of the 2nd watchOS generation. Having your own photos as watch wallpapers is something that many users where longing for since the wearable’s launch.

Our beta tests show that watchOS 2 comes with two photo background options. You can either pick an entire album as Watch Face and have different pictures show up every time when you flick your wrist, or opt for a still wallpaper, which displays the same photo every time you check your Watch. These additions come to complete the already existing backgrounds and extend the Watch’s personalization levels. 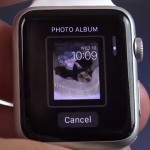 Adding Photo Album Watch Face
Setting up the new background option is very easy:
Step 1: Wake your Watch and press firmly on the screen. Force Touch opens up the Watch Face selector.
Step 2: Swipe left until you reach the New background option. Tap it!
Step 3: Turn the Digital Crown until you scroll to the Photo Album Watch Face. Tap to select the feature and that’s it! Images will now display as a slideshow, a new frame appearing whenever the Watch is woken up.

Fact: Sending photos to Apple Watch is done with the help of your paired iPhone. The wrist gadget is able to sync only an album, selected by you, from its iOS companion. 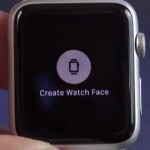 Set Up Still Photo Watch Face
To use a single image as Apple Watch background follow these steps:
Step 1: Press the Digital Crown until you reach the app bundle home screen. Now, tap on the Photos app icon.
Step 2: Select the desired picture and press firmly on the screen. Force touch unveils the Create Watch Face option. Confirm your selection and you have a new Wwallpaper!

Tip: To tweak this background, press firmly on the screen from the Watch Face view and hit the Customize button, within the selector. Now, you can turn the Digital Crown to zoom in and out and crop or pan the image. If you zoom out completely and select a different photo from the gallery!