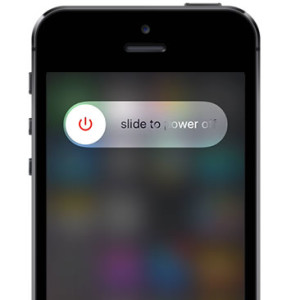 iOS doesn’t provide, at the moment, a specific button that you can tap, to shutdown all open apps, declutter the device and free up Random Access Memory. You can only double tap the home button to open App Switcher and manually slide away the applications that you wish to close. However, with the amount of apps used nowadays, it will take some time to stop all of them.

The good news is that we have a fancy little trick for you, that instantly clears up your iPhone’s RAM. This means that, when applied, all apps running in the background will be force closed. What’s even better is that the previously used applications, remain accessible from the App Switcher view. The only difference is that they restart, whenever you return to them. This means that they re-load and prompt you with their home screen view, so that you can start fresh.

Force Clear iPhone Memory
So, when you wish free up your iOS device’s RAM perform this simple trick:
Step 1: From any screen, press & hold the Sleep/Wake button, until the iPhone’s Shutdown screen comes up. (I’m talking about the Power button available at the top of your device, if you’re owning an iPhone 5S or earlier version. The iPhone 6 and later versions have this button re-positioned on the right side).
Step 2: Now, press & hold the Home Button until the iOS home screen is displayed. This signals that the Random Access Memory flush has been completed!

Fact: You can check the results by double tapping the Home Button. From the App Switcher view, tap an app. You’ll notice that the software reloads and prompts you with the home screen, the same view that is displayed when you freshly open it! 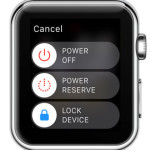 A similar trick can be used on the watch OS device. It will lead to force closing an app.
While browsing a software that you wish to close, to prevent it from continuing to run in the background, you can press & hold the Watch’s Side button until the Power screen comes up. Release and press the Side button for a second time. The app will force close and the wrist gadget returns to the home screen. Whenever, you open the same app again, you’ll notice that it will reload and start fresh!