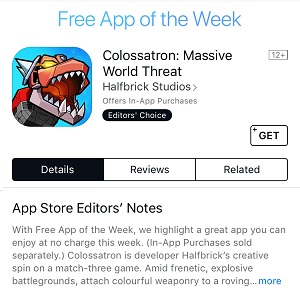 Colossatron Free App of the Week.

App Store editors have just announced the next game going on sale and featured in the Free App of the Week promotion. It’s Colossatron: Massive World Threat developed by Halfbrick Studios. The app usually retails for $0.99, but you can download it for free during the next 7 days. If you’re into war themed puzzlers, you’ll definitely like this app. The gameplay is simple. You’re the bad guy that’s controlling a snake-shaped war-machine called Colossatron. Your goal is to attach various power modules to the beast in order to enhance its fighting powers.

Colossatron creates mayhem wherever it attacks. Yes, you’re playing the bad guy in this game. Build your snake and enhance its fighting capabilities to destroy cities and enemy forces. Power modules float through the air. Drag them on top of the snake to attach them. Be aware that three powercores of the same color fuse into a supercore, while combining the colors will bring up different weapons! 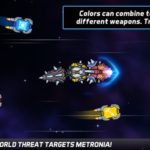 Download Colossatron: Massive World Threat
Tap this link to open the game’s official App Store download page and grab the limited time sale! Once loaded, tap on the GET icon available in the top-right area of the screen to install the app on your iPhone or iPad. Wait until the OPEN label is displayed. Tap it and your iOS device will open the game and you can start having fun!
Fact: The game doesn’t eat up too many resources. It currently requires iOS 7 or later and grabs just under 80 MB of storage space. 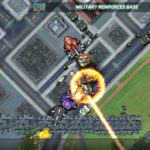 Colossatron: Massive World Threat – Features
If you aren’t convinced to download yet, here are a few more features that might impress you:
– Intense Survival Challenges game mode which allows you to compete online against friends.
– Chaotic Campaign requires you to destroy everything on 7 continents and spread fear on the entire planet.
– Epic Boss Fights allows you to play in survival mode against heavy duty weaponry.