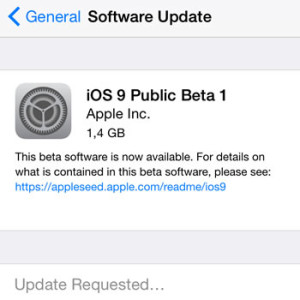 Apple has just released the first public beta of iOS 9. This means that everyone owning and iPhone can test drive the latest mobile OS version, by enrolling to the Apple Beta Software Program and downloading the iOS 9 trial version. Until now, several beta versions of this 9th iOS generation where available only for those users owning an Apple developer account. This is how we introduced you all the iOS 9 new features, starting with June 8, the day when the first iOS 9 developer beta was released.

Update: iOS 9 has been released to the general public. Here is how to upgrade!

The problem with the developer test version wasn’t the accessibility, because we’ve also shown you how to install iOS 9 beta without owning an Apple developer account, but the too many bugs and shortcomings arriving with the initial test versions. The main disadvantage was the severe battery drainage, causing an iPhone charge cycle not to last more than half a day. 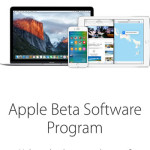 However, the first public test version seems to have fixed a lot of the major flaws of the early developer beta test versions. This is why you can give it a try and always return to iOS 8.4 in case you aren’t satisfied yet with the iOS 9 performances!
Step 1: Connect your iPhone with your computer (Mac or Windows) running the latest iTunes version (update iTunes first if you’re prompted with the availability of a new version!). Backup your device, by. Skipping this step could cause you to lose vital data, in case something goes wrong with the iOS 9 beta update and you don’t have a recent backup to restore! 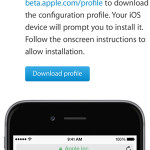 Step 2: Open the Apple Beta Software Program from your iPhone and “Sign up” as a member by providing your Apple ID and agreeing with the terms. In case that you’re already a member, tap on “Sign In” and input your credentials.
Step 3: Tap on the iOS public beta guide (the default landing page is showing the OS X tutorial). Scroll for the Getting Started section and hit enroll your iOS device.
Step 4: Or, skip Step 3 and download the iOS 9 Beta Software Profile directly on your iPhone by tapping: https://beta.apple.com/profile.
Step 5: Open the Settings app on your iPhone and browse to General -> Software Update. You’ll be prompted with the iOS 9 Public Beta 1 update availability. Tap Download and Install and proceed the same way as you do when a regular software update is available! 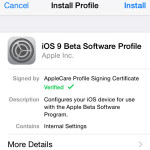 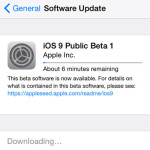 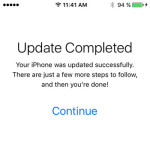 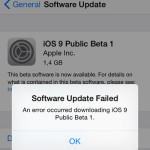 Very Important Tip: Numerous users reported encountering an error while downloading the update package. The “Software Update Failed” message can pop up on your screen and inform you that “An error occurred downloading iOS 9 Public Beta 1”, without providing any other details. We have found a Workaround for this issue. It seems that your iPhone’s screen has to be permanently on for the 5 minutes that it takes your device to download the update package. So, tap your screen every 20 – 30 seconds in order to avoid allowing your device to turn off the screen. This will cut the download process and cause the above mentioned error!

Fact: After the iOS 9 Beta 1 installation completes, you’re asked to provide your Apple ID to sync with iCloud. It takes a few more configuration screens to go through until the app home screen is displayed. If you wish to double check what version your device is running browse to Settings -> General -> About and scroll for Version!

Be An Active iOS 9 Beta Tester
If you plan to stick with the iOS 9 beta version you might as well use the Feedback app that comes along with this update. You’ll find it on your home screen. Every time when you discover a glitch, report it to Apple and bring your contribution to the public iOS 9 release, scheduled for this fall!