Download The New iPhone X Reflection Ringtone For Any Smartphone 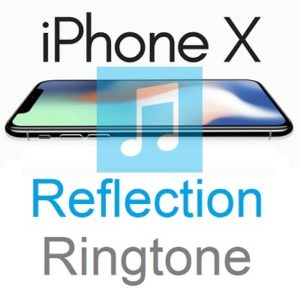 The iPhone X brings a lot of new features to the smartphone world, including the revolutionary Face ID authentication method, the Animoji technology made possible by the same TrueDepth camera system, that powers the facial recognition function and much more. However, differences are also made by the small changes and one minor feature coming with the iPhone ‘Ten’ is a new ringtone that’s available only for the 10th anniversary iPhone!

Apple’s trademark ‘Opening’ ringtone for the iPhone has written history and iOS device owners can be recognized from a distance, because of the above mentioned ring alert. Now, Apple engineers have created an upgraded version that will take over the lead. The iPhone X packs an exclusive new ringtone! ‘Reflection’ is ready to begin a new decade of iPhone ringtone supremacy. Listen the made for iPhone ‘Ten’ tone by playing the YouTube video embedded below! Download it and set it as a Ringtone on any iPhone model or other non-iOS smartphone.

Fact: The exclusive iPhone X Reflection ringtone has been extracted from the iOS 11.1 firmware and will be available on all iPhone ‘Ten’ that start selling on November 3!