How To Get Past Pokemon GO Speed Limit Warning 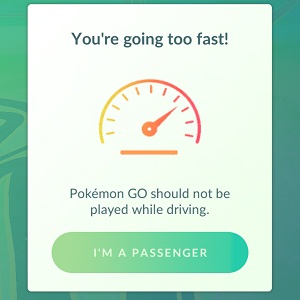 Pokemon GO is the most popular mobile game of the moment, especially because it’s played outside and can perfectly mix with your real life. It can blend that good, that some Trainers can’t refrain from hunting the fantasy creatures while driving. This is obviously forbidden by common sense, traffic rules, you name it. In a further attempt to stop players from hunting Pokemon while driving, Niantic has recently included a Speed Limit Warning , starting with the app’s version 1.3.0.

When the warning is triggered, a pop-up message appears on your iPhone’s screen stating: “You’re going too fast!”. Not sure why they haven’t used the term “walking” instead of going, because ultimately the game asks you to walk and catch Pokemon. Does this mean that Niantic is becoming more permissive and plans allow Trainers to gain egg hatching mileage while cycling, rolling and sliding? That might be, but this isn’t news. I’ve already explained and provided a series of tricks that allow you to travel and gain incubation distance quickly, to hatch Pokemon eggs fast! 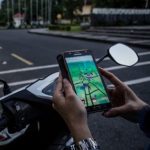 If you move, drive or bike above 25km/h (15mph) the Pokemon GO Map becomes unavailable and a Speed Limit Warning is displayed on your screen, asking you to not to play the game while driving.
Tap the “I’m A Passenger” button to acknowledge the message and resume playing. The Map returns and your Avatar runs faster than Usain Bolt. If, you slow the car down, below the speed limit and accelerate again above the margin, the speed limit warning flashed again and you have to dismiss it one more time. Better make sure that you stay under the radar!
Fact: It seems that Niantic developers have also altered the game’s algorithm and made Pokemon spawning less likely near roads and popular driving areas. 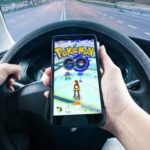 The app still has problems with tracking egg hatching distance properly. If you move in circles, you’re credited with less distance than you actual walk. So, you can still trick Pokemon GO and use your car to move around and collect kilometers for the Pokemon Egg incubation period. However, you have to drive slow, and stay below the 25kmh speedometer mark. That’s around 2nd gear for most vehicles. Drive on straight roads to get as much millage as possible. A bike, moped or scooter are the best options to travel under the Pokemon speed limit restriction and get egg hatching distance! Good luck!