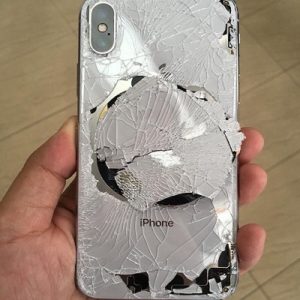 The iPhone X is the most expensive smartphone ever sold by Apple! The edge-to-edge OLED display, that’s outsourced from Samsung and the revolutionary TrueDepth camera that powers Face ID and Animoji have skyrocketed the iPhone Ten’s price to 4-figures. Paying $999 or $1149 plus taxes is a considerable amount. However, if you live outside the United States, Apple’s flagships are up to 50% more expensive!

Forking out such a considerable amount of money is only the beginning though. If you mishandle the iPhone X and expose it to accidental damages you might end up paying another small fortune for repairing it. Apple has announced the a screen replacement costs $279, while any other bigger damage is priced at $549, which represents half of the initial acquisition costs.

This leaves you with two options. You either bulletproof the device with the help of cases and glass screen protectors, or apply for AppleCare+ which is an extra insurance for the iPhone X. When you purchase the device Apple offers a standard AppleCare warranty for 1 year, which covers any manufacturing flaws that might encounter.
Important: Although the iPhone X is labeled as IP67 water resistant, water damage isn’t covered by the basic AppleCare and you’ll most probably need to shell out $549 for the repair!

However, if you opt for AppleCare+ you’re entitled to two accidental damage repairs during the 2-year contract. A screen replacement is provided for $29 and any other bigger repair will cost you $99.
Fact: AppleCare+ costs $199 and can be acquired the day you purchase the iPhone X or up to 60 days after the purchase!

Related: You might be interested in how to handle an iPhone X that’s faulty out of the box!