How To Type The Degree Symbol On iPhone, iPad, Mac And Windows Keyboard 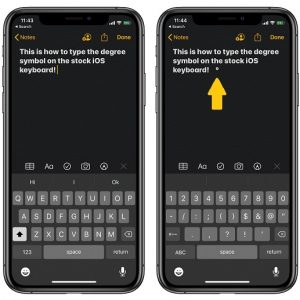 How to type the degree symbol on iPhone.

Are you one of many iPhone users that types “degree” whenever you need to mention info about temperature while texting, posting or similar? That’s no shame. I’m an iPhone owner for at least ten years and I have to admit that I’ve accidentally uncovered the “°” symbol shortcut, only a short while ago. I was randomly testing out icons for hidden long-press shortcuts in the iOS, when I stumbled upon the degree symbol. A sarcastic smile appeared on my face, because the shortcut is quite obvious. It’s hard to imagine that I did not think about it sooner!

Continue to read this article and today you will learn how to type the “degree” symbol while using the native iOS keyboard. Referring to temperature or other operations used in mathematics that require degree mentions won’t be a hassle anymore. Bonus, I will also let you know how to type the degree symbol on your Mac!

How To Type The Degree Symbol in iOS 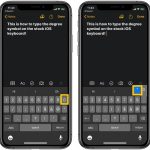 This shortcut works the same for both iPhone and iPad. Here is what you have to do:
1. Grab your iOS device and bring up the stock keyboard. It doesn’t matter if you want to write a note, text someone, chat on Messenger and so on.
2. Tap the “123” numbers icon in the bottom-left corner of the screen (next to the space bar).
3. Long-press the “0” key to bring up a pop up menu. Continue to hold the finger on the touchscreen.
4. Slide the finger over the “°” (degree symbol).
5. Release! Congratulations you’ve just typed your first degree symbol on an iPhone!
Fact: I’m surprised that the iOS Predictive Keyboard , isn’t suggesting the “°” symbol when your type the word “degree”, as it does with many other emojis. 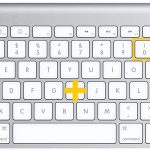 How To Type The Degree Symbol On A Mac
There are two ways to type this on a computer:
1. Use the Option + 0 (zero) combo. This is the quickest and most straightforward way of typing the “°” symbol on your Mac.
2. Option + Shift + 8 (eight) is a three-key combo that also brings up the degree symbol.
Tip: You can also use the Control + Command + Space shortcut to bring up the emoji menu. Select the degree symbol and type it! 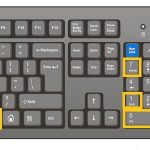 How To Type The Degree Symbol On A Windows PC
Bonus: To make this article complete, here is also a short tip for Windows users.
Tip: Before you proceed make sure that the NumLock is enabled (On)!
Use the following shortcut to insert “°” in your text: “Alt Key” + the “0 + 1 + 7 + 6” keys.
Fact: This trick works only for Windows keyboards that include a 10-key numeric pad.

Did you know this hidden trick? Let us know in the comment section available below.

Related: Learn how to increase your iPhone typing speed by sliding from letter to letter until you form the word!