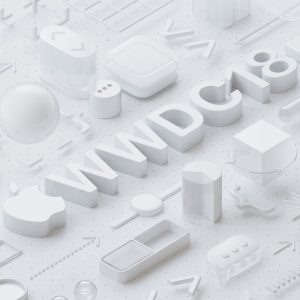 Apple has just confirmed that the 2018 Worldwide Developers Conference will debut on June 4. The event is scheduled to take in San Jose, California, at the McEnery Convention Center. This is the 29th edition of Apple’s annual event that gathers developers from all around the world, with the ultimate goal to enhance new software experiences for the end-user. The conference will feature 4 days of keynotes sessions, guest speakers and hands-on experiences.

The most expected preview will be the introduction of iOS 12, the 2018 version of Apple’s mobile operating system that will most likely roll out in September, along with the new iPhone lineup. Nevertheless, developers, at first and volunteers a bit later will be able to test and improve the 12th iOS generation during the summer during the already famous 3-month beta testing phase!

WWDC 2018 Online And Offline
If you want to physically attend at WWDC 2018 you can apply for tickets until the 22nd of March, via the event’s official website. However, most of us won’t be able to make it to San Jose. The good news is that you can stream the keynotes live on your iPhone, iPad or Apple TV with the help of the WWDC app for iOS and tvOS.

What To Expect From WWDC 2018
Besides the introduction of the revolutionary iOS 12 that will surly include, among others, a series of new features for the Home Button-less iPhone models, we can akso expect the announcement of macOS 10.14, watchOS 5, tvOS 12 as well as more add-ons to the HomePod software. On the hardware side we can expect Apple to preview upgraded iPad Pro models, refreshed MacBooks and why not even iMac updates!