iOS 16 Missed Calls Bug: Showing Up In Recents, No Ringing? 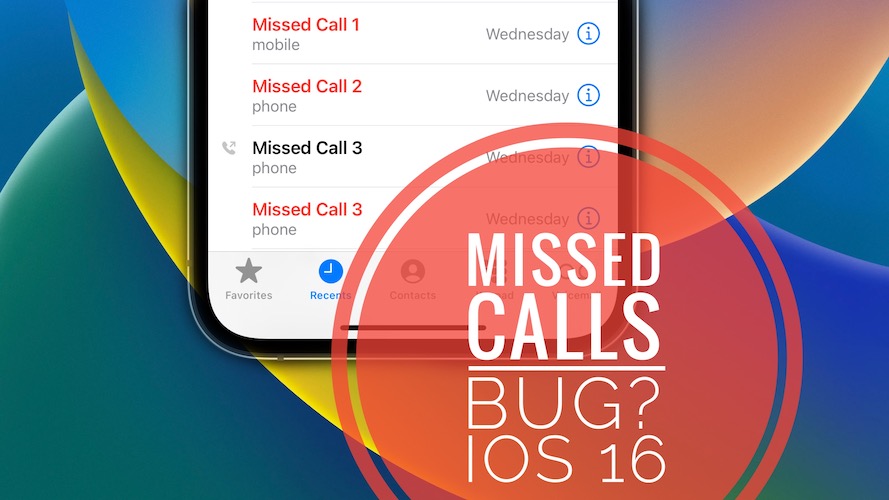 Missed calls showing up in Recents without ringing first on the iPhone? Calls not coming trough iPhone after iOS 16 update? Even worse, missed calls don’t even show in the call log and are only visible in Voicemail? Missed calls bug persists in iOS 16.1?

This issue has been reported by Marisa, in the comments section of our iOS 16.1 review page:

“I just got an iPhone 13 with iOS 16.1, and the call history is doing something strange. It’s registering missed calls that never happened.”

It’s been confirmed by Pe3k:

“Delayed calls and app notifications are not been fixed after installing iOS 16.0.3 on my iPhone 14 Pro Max. The same issues still persist.”

“When I’m at work on the Wi-Fi I have been missing calls. Like they don’t even show up in the phone call log. Only reason I know I’m getting them is due to Google Voice app which handles my voicemails.”

Are you experiencing similar missed call problems in iOS 16? Please share them in the comments along with any useful details that could help us pinpoint the issue and send a documented report to Apple.

Apparently, this bug is linked to WiFi calling. Until Apple addresses it in an upcoming software update, a workaround requires you to turn this feature off on your iPhone: 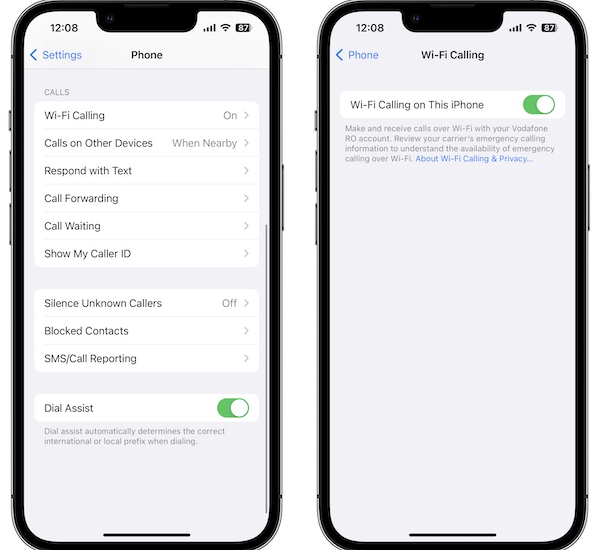 Missed Calls Not Showing Up In Recents?

Other users complain that missed calls are not displayed in Recent or display twice (doubled) when iPhone is in Do Not Disturb mode.

Are you experiencing anything similar? The only workaround available at the moment is to disable DND or any other Focus mode and enable Silent mode to compensate.

Have you managed to fix Missed Calls problems in iOS 16? Do you have a better solution or other bugs to report? Share your feedback in the comments!

2 Responses to iOS 16 Missed Calls Bug: Showing Up In Recents, No Ringing?