iPhone 12 No Charger, No EarPods In The Box (Rumor) 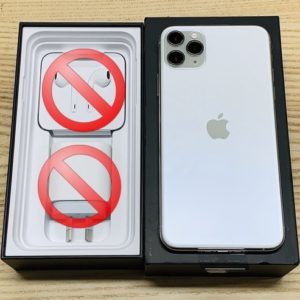 iPhone 12 no charger, no EarPods in the box.

iPhone 12 rumors about packaging box content start to get worse and worse. According to the latest leaks provided by respected Apple analyst Ming-Chi Kuo, the iPhone 12 lineup won’t ship with a charger in the box! This comes to add to the disappointment, as the same Taiwanese leaker reported, a month ago, that the 2020 iPhones won’t include the wired EarPods in the box.

The iPhone 12 lineup is expected to be released this fall. Four new iPhone models are on the line, the iPhone 12 Pro and iPhone 12 Pro Max flagships as well as two cheaper models a small size 5.4-inch smartphone and an iPhone 11-like 6.1-inch iOS device.
No Charger and no EarPods in the box are rumored for all new models, not just for the low-end ones.

Why Is Apple Not Including Charger, EarPods In iPhone 12 box?

The first and most probable reason is to cut production costs. The iPhone 12 is expected to be the first iPhone model that is 5G compatible. This implies increased manufacturing costs. Apple might choose to maintain the retail price, but cut the accessories to compensate.
They, should cut the profit margin some would argue, but unfortunately that’s on us to decide.
Important: Please treat this info as a rumor. Although multiple sources are expecting for this to happen, there’s no official word on this from Apple.

Apple could attempt to mask this unpopular move, that will discourage many potential customers, by claiming that it’s an environmental friendly decision. They could argue that most users already have multiple chargers at home.
Upcoming EU regulations plan to force the smartphone industry to agree and manufacture smartphones that are compatible with an universal charger, in an attempt to reduce waste. This regulation asks for same charging standards and not for companies to stop shipping smartphones with a charger in the box.
What happens to those that want to buy a smartphone for the first time? Will kids have to rely on their parents for borrowing the chargers? 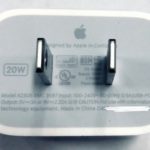 Analysts expect Apple to release a 20W power adapter for the iPhone. OF course that this new charger will be a paid optional accessory and many could be tempted (“forced”) to buy it if the new iPhones don’t ship with a charger in the box.
In Apple’s current crop of phones, the iPhone 11 Pro models come with an 18-watt USB-C fast charger, while the iPhone 11 comes with a 5-watt adapter, which is the same wattage as the charger that came with the original iPhone back in 2007. The 18-watt adapter is the first fast-charger that Apple included in an ‌iPhone‌ box.
It’s the same strategy that could be applied if the no EarPods in the box leak would come out true. Apple might be looking for to boost its AirPods sales!
Fact: Apple’s current strategy sales the iPhone 11 PRo models with a 18-watt USB-C fast charger in the box, while the iPhone 11 includes a 5-watt adapter, the same wattage used by all the other iPhones all the way back to the original model released in 2007.

Apple could plan to eliminate the charging port from the iPhone. Reports of a port-less iPhone have been surfacing on and off lately. However, 2020 won’t be the year for this but the Cupertino-based tech giant could start the transition and encourage users to opt for wireless charging.
Why not, the old AirPower project could be finally completed and Apple might release a new wireless charging accessory in the near future.

Leakers don’t seem to agree yet if the 2020 iPhones will include any accessory at all. Some claim that Apple will include a Lightning to USB-C cable in the box, as the one and only accessory, while Ming-Chi Kuo hasn’t mentioned anything about it.
We hope that we’ll at least have the SIM tray pin included in the box so that the iPhone 12 won’t get bored during the long trip from China.

What do you think about this rumor? How would you react if Apple decides not to ship the iPhone 12 with a charger and Earbuds in the box? Take a look at other funny comments collected from the web and share yours in the comments section available below!

iPhone 12 No Charger, No EarPods In Box – Reactions

Imagine the memes that will hit the web, if this rumor gets confirmed. But until then we already have some salty user comments picked up from Reddit.
– “probablyuntrue: Just waiting for the battery to be a paid option as well”
– “Rohan: Pay for the box. The phone is an additional accessory.”
– “Anthonybuck21: Sustainable packaging innovation takes courage.”
– “breaker88: The new iPhone is only 200 dollars. The screen, charger, EarPods and charger and cpu are all sold separately.”
– “Akash_Rajvanshi: iPhone to be shipped with DOS purchase iOS 14 for just 999$).”

Related: One positive rumor related to the iPhone 12 is that the new iPhones will start with a base storage capacity of 128GB. However, this spec bump could only be available to the high-end iPhone 12 Pro flagships!

2 Responses to iPhone 12 No Charger, No EarPods In The Box (Rumor)