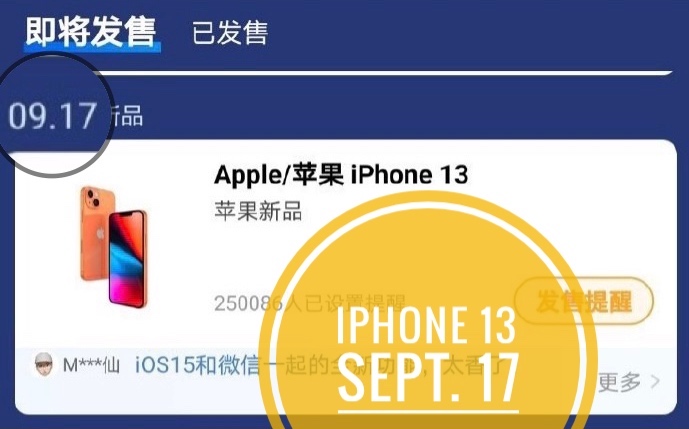 Apple is planning to unveil a new iPhone lineup in 2021 and the iPhone 13 release date could be as soon as September 17! Leaked screenshots uploaded on Weibo, a Chinese microblogging website and shared by ITHome.com confirm this scenario.

Update (September 7): Apple announces California Streaming Apple Event for Tuesday, September 14. This will most likely be the iPhone 13 keynote!

Assuming that Apple will resume its traditional September iPhone release schedule, it’s not difficult to anticipate the iPhone 13 and iPhone 13 Pro release date.

September 17, is a Friday in 2021 and this will most likely be the date when iPhone 13 pre-orderes start!

Apple has never unveiled a new iPhone model on a Friday. This means that the Apple event which should highlight the 2021 iPhone flagships could be scheduled for September 14 or 15. Apple’s has a habit of unveiling new iPhones on Tuesdays or Wednesdays!

Apple will most likely have three calendar days in mind when it comes to the iPhone 13 and iPhone 13 Pro launch:

A great match for unveiling the new iPhones can be Monday, September 13. This would allow some great punchlines with iPhone 13 showcased on September 13!

However, they would have to break a habit, that never saw them hosting an iPhone unveiling Apple event on a Monday. The most likely date is Tuesday, September 14! (Confirmed!) 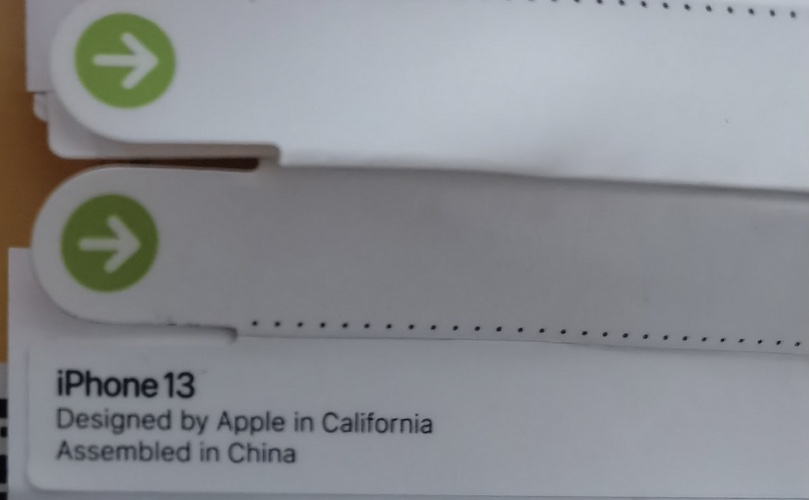 If the iPhone 13 release date is still unsure, the naming seems to be set. Apple will increment the new iPhones to the 13 Series and skip the old-style S-line updates!

A leaked photo on the same Weibo platform, pictures the upcoming iPhone 13-labeled seals used to secure the boxes that will be used for packaging the new Apple smartphones.

This leak was shared on Twitter by DuanRui and account that shared valuable info regarding upcoming Apple products in the past too.

Apple seems to have gotten past production shortage caused by the COVID-19 pandemic and besides returning to the traditional September release timeline, the company will most likely release all four new iPhone models at the same time. We’re talking about the iPhone 13, 13 mini, 13 Pro and 13 Pro Max! Their model numbers have been also leaked, earlier this summer!

Remember, that the iPhone 12 flagships have been rolled out in stages with the iPhone 12 mini been release almost 1 month later, on November 13.

Extra Leak: AirPods 3 could be released on September 30, according to the same Weibo leak, showcased in the above screenshot!

There’s also some bad news when it comes to the latest iPhone 13 leaks and rumors. Apparently, Apple plans to increase the prices of its new iPhone models to maintain the same profit margins!

Rising production costs as wells as inflation might negatively impact the iPhone 13 prices! According to DigiTimes, TSMC (Apple’s main chip supplier for iPhones) has increased prices by up to 20%. This could lead to an overall iPhone 13 price increase by 3-5%!

Do you plan to upgrade to the iPhone 13 on release date? What model are you most likely to buy? Will a potential price increase change your mind? Use the comments section and share your feedback.