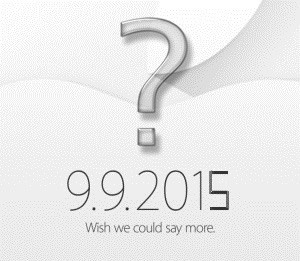 Apple will release its next iPhone generation this fall, that’s a fact that we can all agree upon! However, major speculations are currently unfolding, on the iPhone dedicated forums and discussion boards, about the exact release date. We’re about 1 month away from the expected event and things will only flare up until Apple will make the official announcement and eliminate all doubts.

Leaks and rumors seem to favor the 2nd week of September for the much anticipated release. That’s somewhere between September 7 – 13. Considering that all iPhone presentations have taken place during weekdays, we can narrow it down to September 7 – 11. More, we all know that the Cupertino-based company loves to make number associations, when choosing dates and time-frames for its launches. There are still a few iOS fans that claim that the new iPhone will be labeled as 7. However, we strongly doubt that. Here is the explanation why.

Returning to the number riddles, because Apple’s next smartphone won’t be called iPhone 7, we can presumably strike out September 7 as a potential launch date. Now, you would say OK, but there is no September 6 in the remaining probable timeframe. Yes, you’re right but have you considered that the iPhone 6S and 6S Plus will be the 9th iPhone generation to be released? So, Wednesday September 9th seems to have the most chances to be picked as a winner! Also, take in account that iOS 9 will most likely be officially released during the same event. So that’s another 9!

We also have a reason to strike out September 8 from the list of possibilities. Considering that September 7 is celebrated a labor day in the U.S., it wouldn’t be fair to all the media crews to ask them to prepare for such a major event, without having a buffer day. The only doubts for picking September 9, without having an official confirmation, is that the iPhone 6 series where released last year on the exact same day. It was a Tuesday. Will Apple repeat itself? Seems that we have to wait and witness!

Fact: Do note, that the iPhone 6S and 6S Plus release date and its actual availability date will differ. We expect for Apple to repeat the new procedure implemented with the sale of the Apple Watch. That’s going for online pre-orders for the first wave of sales and bringing offline store availability a little later on, in order to avoid those huge queues from the past years. Rumors state that iPhone 6S pre-order could start on September 11!