iPhone Flashlight Turns On By Itself (Fix Battery Drain) 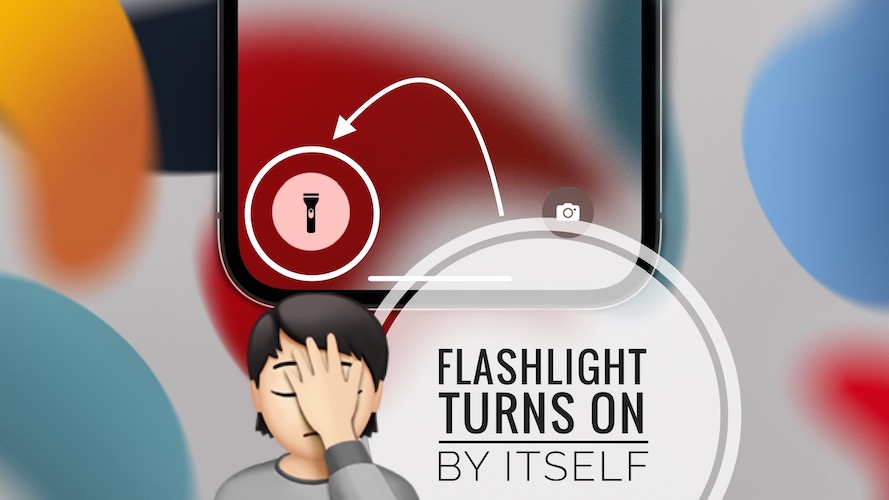 iPhone flashlight turns on by itself.

iPhone flashlight turns on by itself while stored in your pocket? Device feels warm to the hand when you pick it up and the battery level is much lower than expected? This is most likely caused by an accidental tap of the Flashlight icon, registered on the iPhone Lock Screen!

If the tap happens when you place the iPhone in your pocket, or while you’re walking, the LED can remain ON for a long time. Obviously, every second of usage depletes juice from your device’s battery and you can end up with an overheated phone with almost no battery left!

I’m not sure if this happens because of a modified iOS 15 setting, or due to a change of sensitivity in the current flagships, but ever since I updated to the iPhone 13 Pro, I’m facing this issue.

It’s been particularly annoying during winter I was skiing a lot and I found that the iPhone 13 flashlight would turn on by itself almost daily. Sometimes, I could spot it right away thanks to the small vibration, while placing the device into the pocket of my winter jacket.

However, often enough the flashlight would stay enabled in my pocket for tens of minutes, if not hours and considerably deplete my iPhones battery!

How To Fix iPhone Flashlight Turns On By Itself

Unfortunately, iOS doesn’t provide an option to remove the Flashlight icon from the iPhone Lock Screen and prevent accidental activations.

However, there are a few tweaks that you can apply:

Although not ideal, you can prevent the iPhone flashlight from turning on randomly, by deactivating the Tap to Wake feature. This will prevent the screen from waking up when you tap it, thus prevent any accidental taps on the flashlight icon, available in the bottom-left corner of the Lock Screen. 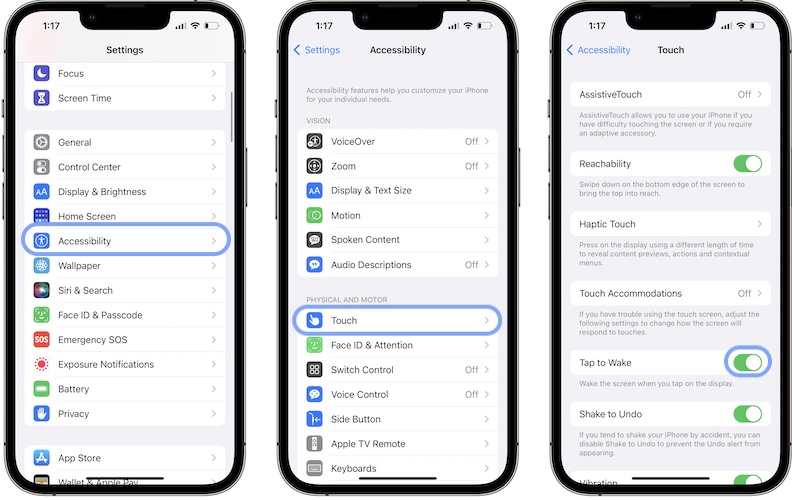 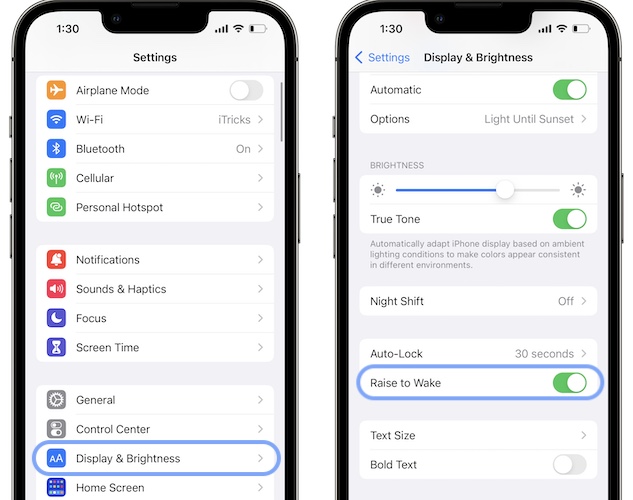 Another iOS feature that could create the opportunity of accidental flashlight icon taps is Raise to Wake. It can be disabled in Settings -> Display & Brightness -> Raise to Wake.

3. Place iPhone On The Opposite Side

I’ve noticed that the iPhone flashlight turns on randomly when you place the device with the screen towards the outside of your pocket.

To prevent this try to store your phone with the display towards the inside. Does it help?

Are you also annoyed by accidental iPhone flashlight taps? Did the above tips help out? Do you know a better solution? Use the comments section and share your feedback.

Related: Is the iPhone flashlight greyed out in the Control Center? Here is how to fix it!