Learn How To Create A New Album in iOS Photos 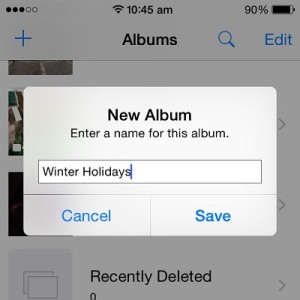 Nowadays your iPhone is an elite gadget, powerful enough to replace the traditional camera functions, during our everyday life and even while on holidays! The increased memory, made available by Apple in its iOS flagships, helps us store thousand of pictures and captions.

The Photos app comes with a special built-in Camera Roll album that displays all photos and videos captured with the camera or saved from the web. They’re listed according to the date of storage.

But if you have a bunch of photos from totally different events and want to store them in separate albums, for easier access…can you create new albums? 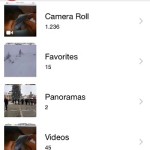 How To Add a New Album
For sure you can! Open the Photos app and go to the Ablums view. Here you’ll find, in the top left corner, a ‘+’ icon which allows you to add a new album.
Tap it and input the name of your new folder. Hit ‘Save’ and you’ll be prompted to choose the desired photos for inclusion, in this fresh collection.
You can add images right away, in bulk, or later on, one by one. 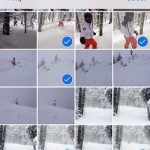 When you select a photo for addition a blue check sign is displayed on it, to let you know that the selection has been properly made. Once you finish marking all needed captures, tap ‘Done’ and your album is ready.
Please note that pictures included in the new album, will still remain available in Camera Roll. If you decide to manually delete them from Camera Roll, they’ll still be available in the newly created album. However, photos deleted from Camera Roll can be recovered from the Recently Deleted folder, while pictures erased from an user created album can’t be restored anymore!

How To Add Photos To an iOS Album 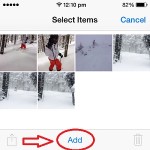 Whenever you have a new set of images and wish to add them to an already created folder, simply tap on Photos and open the Album in question. Now tap on Select in the top right corner and the ‘Add’ feature becomes available at the bottom of your screen. Press it and select the images from Camera Roll. Tap ‘Done’ when ready.
There is one more way to add pictures to an album. However, this method works with a single image at a time. Visit the Camera Roll and open the picture in question. Tap & hold on it until you enable the ‘Copy’ feature. Now, open the desired album and tap&hold the screen until ‘Paste’ command appears. Tap it and you’re done! Check the images below for more details.

How To Delete a Photos Album
Folders can also be erased if needed. From the Albums screen, tap Edit in the top right corner and a red ‘-‘ icon becomes available next to the name of each folder. Hit and you’ll be prompted to confirm the action. Press ‘Delete’ and your folder is erased. 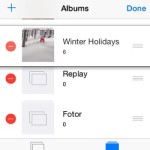 Tip: If you want easier access to an album in Photos, you can promote it in the list and move it higher, so that you don’t need to scroll down whenever you want to open it.
This is done from the same folder editing screen presented above. Instead of pressing the red delete icon, tap&hold the Move icon available on the right side of the ablum’s name. Next, drag it towards the desired position and release when ready!
Do you know how to easily add pictures to the Favorites album?