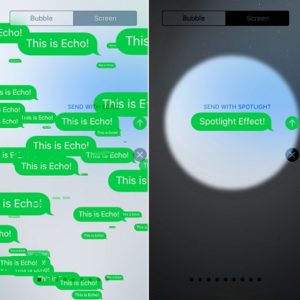 Our iOS 11 uncovering continues with new features being discovered every day. After showing you how to customize the new Control Center, Screen Record and much more, it’s time to introduce to you two new additions to the Send Messages with effects feature, that was introduced almost one year ago, in iOS 10. The Echo and Spotlight animations are bringing up the Screen animation options to the count of 9. Nothing changes with the Bubble effects though. There are still only 4 to choose from: Slam, Loud, Gentle and Invisible Ink, if you want to send hidden text.

The Send Messages with Effects feature divides animations in two distinct groups, Bubble and Screen. The first ones, mentioned above have an impact only on the message bubble, while the second category generates effect on the entire screen. Echo and Spotlight are currently available at the primary options. They’re followed by Send with Balloons, Confetti, Love, Lasers, Fireworks, Shooting Star and Celebration options. 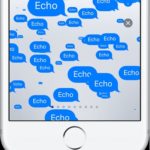 How To Send Messages With Effects
1. Grab your iPhone or iPad and open the Messages app.
2. Select a conversation thread already available or start a new one if needed.
3. Type your message or whatever info you want to dispatch.
4. Touch and hold the blue send arrow until the Send With Effects screen opens up.
5. Pick an animation from the Bubble or Screen lists.
6. Tap the blue arrow to send your special text. 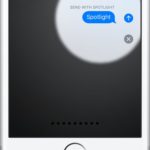 Echo and Spotlight iOS 11 Effects
The new Screen animations have the role to emphasize the iMessage in two different ways:
Echo: multiplies your message bubble and displays tens of copies all over the screen!
Spotlight: uses a special focus animation that aims on your text the same way a sniper would aim at his target!

Fact: Considering that we’re testing out the first iOS 11 Developer Beta version, there’s a good chance for other effects to be added along until the public release scheduled for this fall. Follow us and stay updated!