Siri was introduced to the iPhone starting with iOS 5, more exactly since October 12, 2011. Each year Apple’s virtual assistant gets more and more functions and features. Nowadays, Siri is proactive, provides search and app suggestions and can complete a lot of tasks. With each new iOS generation, the iPhone’s virtual assistant has also become a lot more configurable.

If you’re new to the iOS environment or an experienced user that needs a quick refresh, continue to read this article as we will go through seven settings that can make Siri more user-friendly for you. You can change the gender, accent and the language of your virtual assistant. Improve privacy by preventing it from waking up when the device is locked, mute Siri when needed and much more.

7 Settings To Fine Tune Siri On Your iPhone 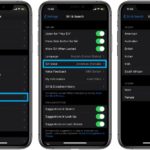 1. Change Siri’s voice
Enhance your chemistry with Siri by setting the voice that you consider more friendly for your gender. Some prefer to talk to a male, others to women. Apple has though about this and allows you to edit the gender of your virtual assistant.
More, you can also opt for a specific accent. When it comes to the English language you can pick between American, Australian, British, Indian, Irish or South African accent.
How To: Settings -> Siri & Search -> Siri Voice. 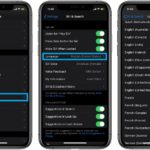 2. Change Siri’s language:
If you’re using a borrowed iPhone or you simply want to practice a foreign language you can make Siri French, German, Korean, Japanese and many more. Note that both Siri will speak out the selected language, as well as your commands have to be dictated in the same dialect. Some of the available languages are: English (many accents), French (multiple accents), German (various accents), Spanish (with accents), Chinese (with dialects), Hebrew, Japanese, Arabic and many others.
How To: Settings -> Siri & Search -> Language.

3. Disable Siri when iPhone is locked
Siri is configured by default to be accessible from the Lock Screen. This means that it could be triggered by anyone that comes in the proximity of your device. You can enhance your privacy and change this permission from the Settings app.
How To: Settings -> Siri & Search -> Allow Siri When Locked. 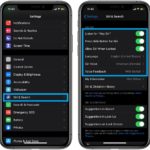 4. Disable ‘Hey Siri’
You can wake up Siri with the help of the ‘Hey Siri’ voice command. However, this can lead to additional load on your device’s battery. More, accidental triggers can be annoying. You or someone in the close proximity of your iPhone can speak out something similar to ‘Hey Siri’ and your iPhone could wake up out of the blue.
How To: Settings -> Siri & Search -> Listen for “Hey Siri”.
Fact: If you’re looking for the opposite effect, to make ‘Hey Siri’ even more receptive, you can enable an extra setting from the Accessibility menu that will instruct your iPhone to listen for the “Hey Siri” command even when they iPhone is facing down or is covered!
How To: Settings -> Accessibility -> Siri -> Always Listen for “Hey Siri”

5. Disable ‘Side Button’ access
You might prefer to use ‘Hey Siri’ and are annoyed by accidental Siri triggers caused by pressing & holding the Side button? This can be customized too. Simply disable Siri access via the Side button. (iPhone 8 and earlier use the Home button for the same function)
How To: Settings -> Siri & Search -> Press Side Button for Siri.

6. Limit Siri’s Voice Feedback
You’re a very social person and often can’t afford to have Siri speak out loud replied to your queries? Don’t worry you can configure the iOS virtual assistant to reply with text. There are three levels for this setting: Always On, Control with Ring Switch and Hands-Free Only. The second option will mute Siri whenever your use the Silent switch to mute your iPhone, while the third option only allows Siri to speak out if you use a headset or CarPlay.
How To: Settings -> Siri & Search -> Voice Feedback 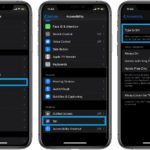 7. Type instead of Speaking
If you’re restrictive with Siri when allowing it to speak out, you might also need to type your queries for the virtual assistant instead of speaking them out. This can tweaked in the iOS Settings too.
How To: Settings -> Accessibility -> Siri -> Type to Siri

Tip: You can adjust Siri’s speak out volume by asking her to “Turn up/down the volume.”

Are you a regular Siri user? Let us know what you think about the iPhone’s virtual assistant in the comment section available below!

Related: Did you know that you can sing the lyrics to Siri and it will find the name of the song for you?