Siri Doesn’t Speak Responses On iPhone? How To Troubleshoot! 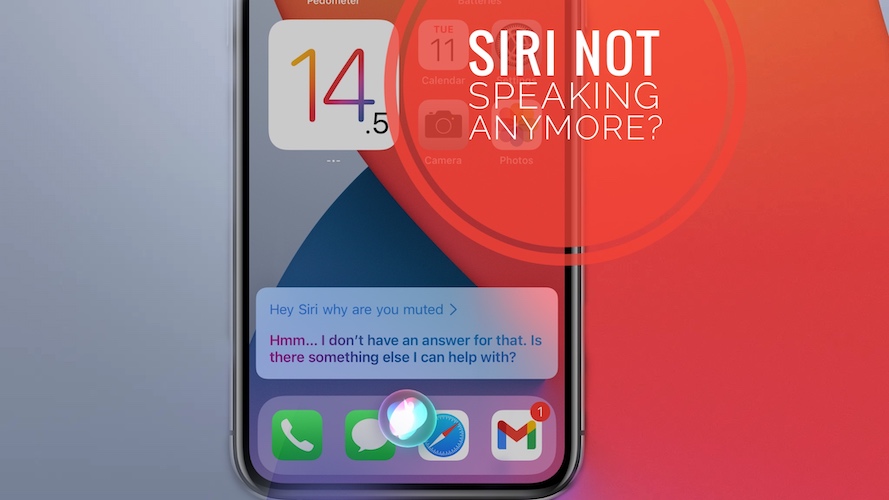 Is Siri not speaking out responses on iPhone? Are the replies only displayed on the screen? This issue can be caused by a restrictive iOS setting or and iOS bug like the one that has been reported after the release of iOS 14.5, but the issue is randomly occurring in iOS 15 too!

The virtual assistant fails to speak out the responses. To be more precise, Siri is only speaking the first word of a reply and is automatically muted for the rest of the phrase.

Workaround: Make sure that Siri Captions are enabled on your device. This way your iPhone will display Siri’s answers on the screen. If you can’t hear them you can at least read what your virtual assistant intended to say. 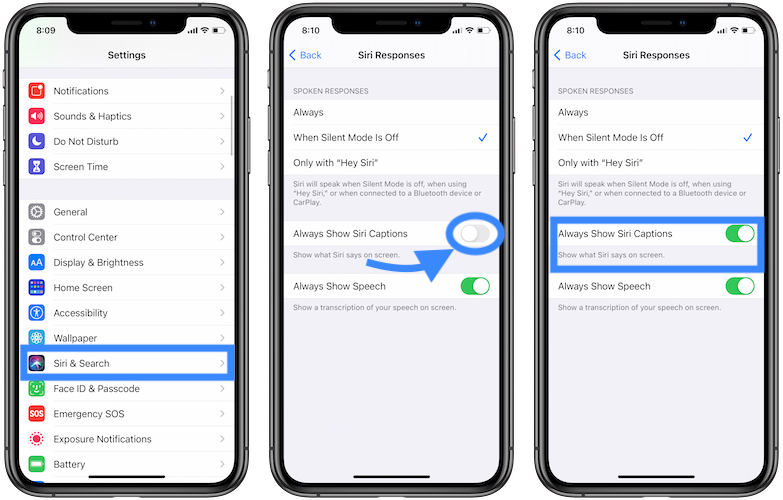 How To Fix Siri Doesn’t Speak Out Responses

Below you can find the most common troubleshooting options:

Tip: You can set Siri to always speak out, even when the Silent switch is turned On. To achieve this, browse for Settings -> Siri & Search -> Siri Responses. Select Always from the Spoken Responses category. 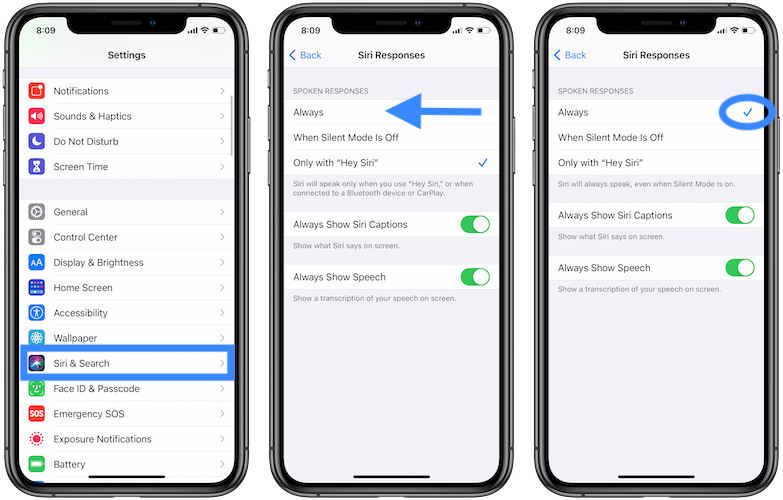 If all settings are properly configured and the Volume on your iPhone isn’t the culprit of Siri not speaking, your next option is to restart your iOS device. Starting fresh will flush any minor glitches that could keep Siri muted.

How to: Quickly press & release Volume Up followed by Volume Down. Next, press & hold the Side Button until the white Apple logo is displayed on the iPhone’s screen. Release and be patient until the iPhone force restarts.

3. Ask Siri To Unmute Herself

Lidia informs in the comments section that she went through all possible troubleshooting steps, including Volume checks without any luck.
She did manage to fix Siri not speaking by asking it directly if it can speak? 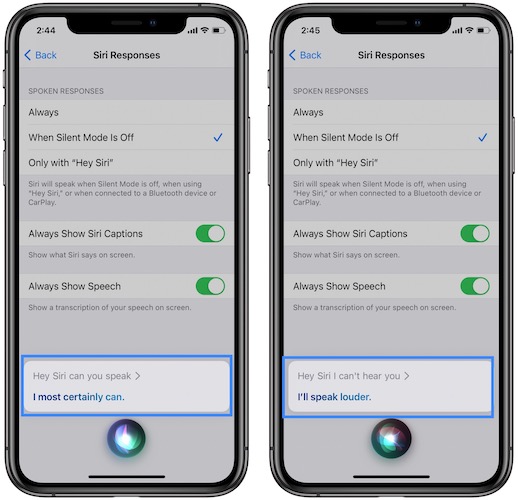 Siri either replies that its volume is too low, or she informs you that she will speak louder and bumps up the volume. Siri’s voice should become audible again after this.

Tip: If you repeat the “Hey Siri, I can’t hear you!” command Siri will gradually increase its volume. Thanks Joann for sharing this.

He has managed to fix three iPhone models affected by the Siri not speaking out responses glitch, by turning Bluetooth Off and back On. Does this work for you too?

How to: You can disable and enable Bluetooth in Settings, or in the Control Center.

Fact: Initially, this bug was occurring mainly for iPhone 11 owners, but lately the glitch has been also reported for iPhone X, 8, SE, SE 2 and more. If Siri is muted on your device too, don’t hesitate to inform use! Use the comments section available at the end of this article! Please mention your iPhone model and iOS version.

Useful: iOS 14.5 brings a series of enhancements to Siri including:
– diverse voice options,
– the ability to announce incoming calls even when you’re wearing your AirPods or compatible Beats headphones,
– the option to initiate Group FaceTime calls via groups from Messages or contact lists,
– the ability to call Emergency contacts!

Related: Check out these 7 Siri settings and fine tune your iPhone’s virtual assistant!

35 Responses to Siri Doesn’t Speak Responses On iPhone? How To Troubleshoot!