Posted in Reviews by Patricia on September 29, 2017 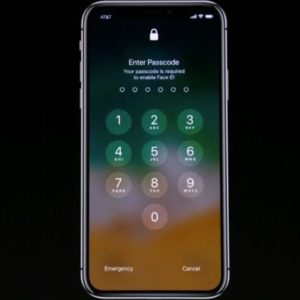 Although Apple’s revolutionary TrueDepth camera and its facial identification system is much more accurate than the replaced Touch ID technology, your iPhone X still requires you, in certain situations, to type the Passcode and double prove that you’re the legit owner the device. Face ID can be tricked by 1 from 1,000,000 million other faces, while Touch ID has a security breach rate of 1 in 50,000 fingerprints. This makes the iPhone ‘Ten’ 20 times more secure than its predecessors. That’s not enough though.

Apple doesn’t like to take any chances and has coded iOS 11 to ask for your Passcode, to unlock the iPhone X, in seven different situations. You can find them detailed below. In fact, you can’t event set up Face ID in the first place, without having the iPhone Passcode feature enabled. Considering that you’ve already allowed your iPhone X to scan your face and that Face ID is active, here is when you have to input the Passcode.

7 Situations When iPhone X Asks For Passcode Instead Of Face ID
1. The device has just been turned on or rebooted, via force restart or automatically after an OTA software update.
2. You haven’t unlocked your iPhone X for more than 48 hours.
3. The Passcode hasn’t been used to unlock the device in the last six and a half days and Face ID hasn’t unlocked the device in the last 4 hours.
4. Your Apple smartphone has received a remote lock command, via iCloud.
5. When Face ID fails to recognize your face 5 times in a row.
6. If Face ID is temporary deactivated, with the help of the power off/Emergency SOS feature. This is achieved by pressing and holding one of the Volume buttons and the Side button simultaneously for two seconds.
7. When there is a significant change in your appearance like, shaving a full beard, your iPhone X will require the Passcode before it updates your face configuration and unlock your device.

Tip: Do you know that you can configure Face ID to unlock your iPhone when your eyes are closed and you don’t look at the device?