Furious 7, the latest installment of the Fast & Furious franchise, has just hit the box office! The hype around this blockbuster has reached worldwide spread out and to be honest, I’m not surprised. Furious Seven is definitely worth watching. Once you do see late Paul Walker’s final appearance, you won’t be ready to leave the Toretto family behind!

Happily, you can now team up with them and become a member of the crew, with the help of your iPhone or iPad running Fast & Furious Legacy for iOS. This is the official App Store game of the franchise. Race together with Letty, Roman, Tej and all the others to complete missions designed to drive you through the epic moments of the seven installments of the series! 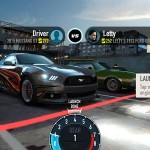 FF Legacy Features
This racing game allows you to drive famous cars from the franchise including ‘The Beast’, as Dominic Toretto calls the Lykan Hypersport of Furious 7!
Build your own crew and race against famous villains from the movies like: Carter Verone, Braga or DK in the franchise’s familiar locations like Los Angeles, Tokyo, Miami or Rio de Janeiro! 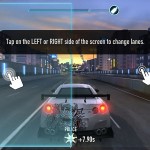 The early stages of the game introduce you to street racing, followed by drag contests, drift missions, getaway races and even takedown assignments.
The controls also vary significantly from left or right taps to change lanes or nitrous button pushes, while street racing; to launch pedal taps and gear shifts, during drag heats.
Every mission brings rewards under the form of experience points, coins and service assets, which you can use to upgrade your car or purchase new rides! 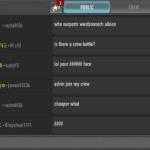 Whenever you get bored playing this racing blockbuster on your own, feel free to visit the chat room and share tips and tricks with international players. You can also use this communication channel to build your crew.
Probably, the most exciting FF Legacy playing feature is the PvP option, which allows you to ride against real players from any corner of the world! All in one Fast & Furious Legacy is a must have for all nostalgic Brian O’Connor and Dominic Torreto fans! You can play it completely free or purchase upgrades to advance faster!