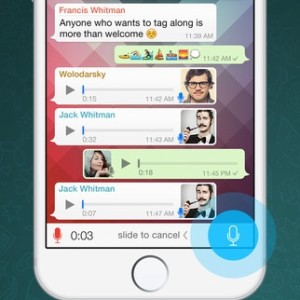 The popular instant messaging application aims to rival with Apple’s built-in FaceTime/iMessage feature by adding the much expected voice calling option to the WhatsApp platform! It seems that we’re only a few weeks away until the Facebook-owned iOS app will update for Internet voice calls, according to the software’s co-founder Brian Acton.

In fact, WhatsApp has already been updated with the audio calling feature on its Android version. After several weeks of beta testing, all Android users can now dial VoIP (Voice over IP) calls if they update to version 2.12.5.

WhatsApp was created in 2009 and launched as an instant messaging app. Later on, new additions like media sharing and voice messaging made it popular amongst smartphone users. In fact, it’s now considered the main bridge between iOS and Android users when it comes to Internet data exchanges! 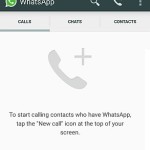 WhatsApp Voice Calls on Android
Nearby, you can find a print-screen with the WhatsApp voice call feature offered for the Android version. Calling via this instant messaging app works in a similar way as it does with it’s main competitors Viber and Skype.
However, we can analyze the quality and stability of the calls, only when we’ll be able to test it on our iPhones. 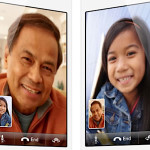 It’s hard to imagine that the new WhatsApp audio calling could ever rival with iOS FaceTime in terms of quality and stability. More so, Apple’s Internet calling service comes with both video and audio services, a combo that the Facebook-purchased instant messaging app is still far away from!
However, we can imagine that WhatsApp voice calls will be a popular choice for iPhone users when aiming to engage in free calls with one of their non-iOS contacts!