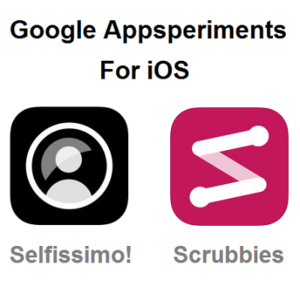 Google has just rolled out three mobile apps that come along a photo & video testing project, called “appsperiments”. The company aims to explore the potential of mobile photography. The new software is available on both iOS and Android platforms and facilitates testing of various technologies like object recognition, stylization algorithms, person segmentation, efficient image encoding and decoding technologies.

The App Store now hosts Selfissimo, an automated selfie application that is able to capture a new frame whenever you change your pose or tilt your phone; and Scrubbies, a funny iOS exclusive video editing app. Selfissimo is also available on Android, along with a third app called Storyboard, which transforms videos into single page comic layouts and can be only downloaded by Google Play customers.

How To Use Selfissimo! On iPhone & iPad 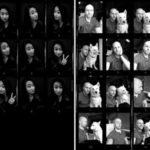 Fact: This app is compatible with iOS 9.3 or later and needs 195 MB of storage space.

How To Use Scrubbies On iPhone & iPad 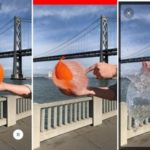 According to Google this is the initial release of the “appsperiments” program, which means that we should expect more similar software in the near future!