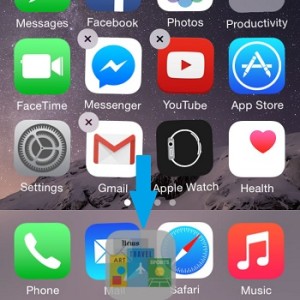 There are certain moments when you would like to be able to hide sensible app icons from your iPhone’s home screen.
Your workplace is too busy, or you simply want to enhance privacy when going in public places and avoid sneak peeks that could unveil software with sexual content, gambling or any other spy-stuff related applications, that you don’t want your friends to know about.

One brutal solution would be to delete them altogether and reinstall the software when you’re back home.
However, this is not a practical solution and even not feasible in all cases. In iOS we have two types of apps: the native ones, which you can’t delete and the third party ones, downloaded from the App Store and easily erasable. 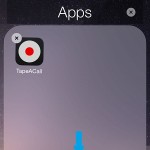 How To Hide iPhone Apps
Update: Starting with iOS 10 up to 23 built-in iPhone apps can be deleted from the Home screen!
There are two ways for efficiently hiding an iPhone app, no matter if it’s of built-in or third party origin: the nested folders tip and the total invisibility trick.
The first method effectively hides the app in question, while the second one makes it completely unavailable for those that don’t know that it’s installed.

Here is how to set them up:
A. Nested Folders
Let’s assume that you have an app like TapeACall, which you sometimes use to register calls engaged from your iPhone. It wouldn’t be a good idea to let your friends or colleagues see that you have such a software on your device. They could become paranoiac and suspect you attempting to spy on them, or anything similar that could affect your relationship. This is why you should hide the app’s icon from your home screen.
An efficient way to do it is to: 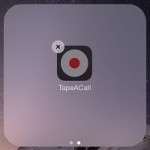 1. Tap & hold the application icon until you enable the iOS app tweaking mode.
2. Drag it on top of a folder and wait until the envelope opens up. Now, aim for a folder that’s already available on your home screen. Preferably select one that’s on the 3rd or 4th screen, to make it harder to access.
3. Don’t release the icon on the first page of the folder, instead continue to drag it to the right-hand side of the screen, until the next page comes up. Release now! Congratulations you just managed to nest your app, away from public eyes. The app can be only detected if a stranger picks up your iPhone, browses 3 home screens, searches each folder at a time, until the deepest levels. This is highly unlikely with you being around!

B. Total but Temporary Invisibility 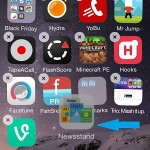 If you wish to go one step further and be sure that you make an app totally invisible to other users of your iPhone, apply the following trick:
1. Fill a Home Screen with apps. However, the app that you wish to hide, shouldn’t be on this packed screen, but on some other page.
2. Tap & hold on the app in question and drag in towards the packed home screen!
3. Here, hover it above an app, ideally situated towards the bottom of the screen. 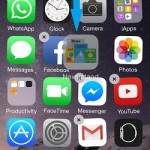 4. When the envelope opens and you get a prompt to create a new folder with the home screen app and the one your hovering, DON’T release!
5. Instead, drag the app to be deleted towards the upper part of the screen until you leave the folder and return to the home screen.
6. Now, continue to drag the icon until the bottom of the home screen, until it disappears! That’s it, you managed to totally hide the app from your iPhone. Do mind that it will return to its original location after you restart your device!

Important: App will continue to be accessible from Spotlight search. This shouldn’t be a problem though, because a stranger can potentially look after it only if he/she knows about the app’s existence, a condition that we presumed not true, from the beginning.