How To Clean Install iOS 15.6 On iPhone To Fix Issues 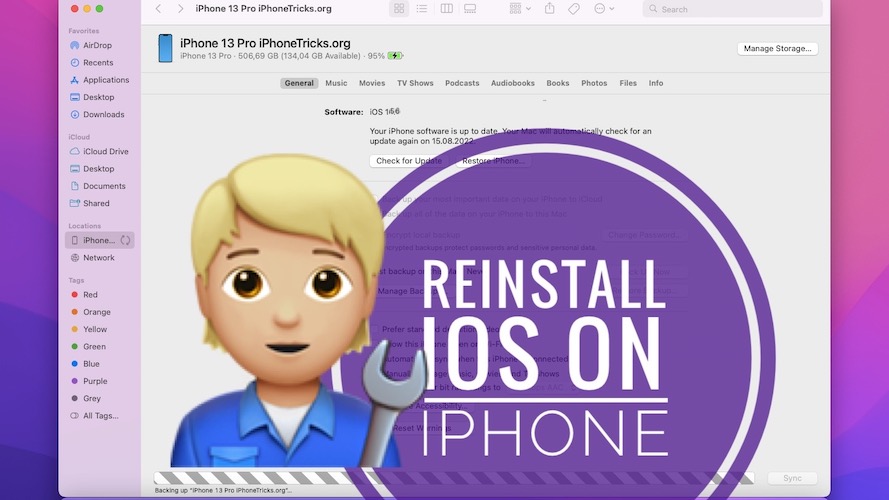 Do you know that you can clean install iOS 15.6 on iPhone and iPad? Like all the other previous releases, you can reinstall the current iOS / iPadOS version as long as you have a Mac or Windows computer nearby!

iPhone users are considering reinstalling a current iOS version when they encounter a significant amount of problems and glitches after the regular over-the-air update.

Often, clean installing iOS will solve a series of issues that appear after a typical software update. These can include: SIM card recognition issues, iPhone keeps rebooting after update and similar.

They might be caused by corrupt settings and broken configurations that could happen during an over-the-air update.

Reinstalling iPhone is the final major troubleshooting option that you can apply, before you call it a day and wait for an upcoming software update that will address unsolved issues.

More: Reinstalling iOS is the only option once the previous iOS version (iOS 15.5 for example) isn’t signed anymore!

Did you reinstall iOS 15.6? Was it helpful? Did it fix any issues that started popping up after the over-the-air update? Share your feedback in the comments. We highly appreciate your contribution!

Related: Do you know that you can reinstall apps on iPhone without losing data? This is done with the help of the Offload app feature!

2 Responses to How To Clean Install iOS 15.6 On iPhone To Fix Issues