How To Create Nested App Folders On Your iPhone 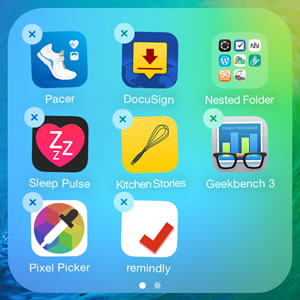 The average iPhone user has nowadays close to 100 applications installed on its smartphone. All software available on an iOS device is accessible via an icon displayed on the home screen. The more apps you download, the more icons have to be fitted. Your iPhone will list them one after the other, until the home screen space runs out. When a page is filled, a new one is created. Browsing between pages is done with the help of slide gestures.

However, the number of home screen pages is limited to 11 (15 for iOS 7 and newer releases). This means that you can fill up to 11 screens full of apps. The iPhone 5S and earlier models can accommodate 20 icons per page, while the iPhone 6 and 6 Plus and newer, can list up to 24 app shortcuts, on each slide of the home screen. So, if you’re the average iOS user running around 100 apps on your device you will be able to fit them all. Nevertheless, the amount of time lost while sliding for several pages until you reach the desired software isn’t productive! 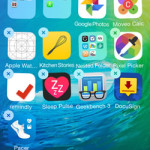 This is why Apple provides the Folder organization feature, which allows you to group your applications in small boxes, accessible from the home screen. You can arrange them by category and have up to 2700 apps stored on a single home screen page. How did I reach that number? I’ll explain later in this post. For now, let’s see how to create an iOS folder:
Step 1: Press on an app’s icon, available on your home screen, until the shortcuts start shivering.
Step 2: Drag and drop the icon over a similar item, available nearby or within an other home screen page. 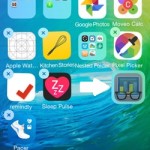 Step 3: The folder is automatically created. Use the name suggested by iOS, or rename it as you desire. Usually the name of the category is best used as title. This allows you to rapidly identify the apps stored within the folder. But you can also use Emojis to name these app collections, or even create unnamed folders.
Step 4: Press your iPhone’s or iPad’s home screen button, to save your changes, or redo the process and add more apps from the same category to the newly created folder.
Fact: To delete a folder, you have to use the same technique described in steps 1 – 2, and remove all apps from the folder. When the last item is dragged out, the folder will automatically disappear.

If you want to bring organization to the next level, you can store a folder within another folder. This feature is called nesting folders and it’s a hidden iPhone trick, known only by power users! If you attempt the conventional way to drag and drop a folder over the other, while the home screen runs in app edit mode, iOS won’t allow you to nest folders! The trick focuses on speed and novelty:
Trick: Apply the tips provided above and create a new iOS folder, but this time right after you place one app after the other, release it and grab a nearby folder and drag it on top of the same app. The newly created folder will include all three items: the two apps and the nested folder!
The only downside of storing a folder in another folder is that, while on home screen the nested folder won’t be shown in the preview of its host!

How Many Apps Fit On An iPhone Home Screen?
If you own an iPhone 6 or newer model you are able to host 24 apps on a home screen view and have create up to 15 pages. That’s 360 software shortcuts. If you use folders, you can accomodate 9 items on a folder page. App collections are also limited to 15 screens. That’s 135 apps per folder. You can host up to 24 folders on a home screen page, summing up 3240 apps on a single screen. Multiplying this with 15 available pages brings up an astonishing 48600 application units. If we take in account the folder nesting possibility the numbers skyrocket to the point that there is no physical memory on your iPhone or iPad to install such a high amount of apps.
Fact: iPhone 5S and earlier, due to the smaller screen size have 20 app or folder slots on a home screen page. This is why numbers are a little lower, but still too high to reach the end of the rope.