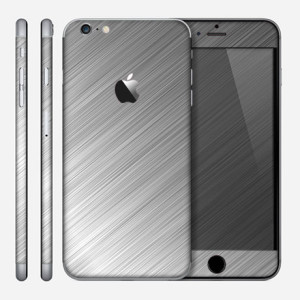 The upcoming iPhone 6S and 6S Plus flagships won’t play the same Bendgate charade, in which their predecessors were involved in! In the fall of 2014, only a few days after their official release, complaints from owners of bent devices, emerged on social media websites and Apple discussion forums. The extremely thin body, combined with the huge frame of the iPhone 6 Plus, made its aluminum casing vulnerable to curving. Doubts were created among Apple fans about the toughness of Apple’s 5.5-inch display smartphone.

Latest rumors, justified by actual material testing of a leaked iPhone 6S case, confirm that Apple will upgrade its 2015 iPhone to a 7000 Series Aluminum body. We’re talking about the same material used for the manufacturing of the highly appreciated Apple Watch Sport cases. It seems that this enhancement will make the device at least twice more enduring as the iPhone 6’s 6000 Series Aluminum body. 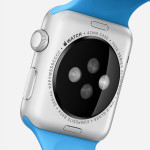 Furthermore, the anodization used for the shell of the new iPhone 6S series seems considerably thicker, as evidentiated by Unbox Therapy’s little experiment. The same test unveiled the presence of Zinc, among the material composition of the new iPhone 6S back case. Last but not least a stress test confirmed that the new iPhone body is more than twice as strong, when compared to its predecessor.

With 7000 Series Aluminum on the map, we can conclude that although this 9th iPhone iteration doesn’t include any major design changes, it will be built of a stronger and more durable material. More, the vulnerable spots along the iPhone 6 bending fault spreading out between the volume buttons and power switch, seem to be reinforced. This could also be a reason why the 2015 iPhone will be 0.2mm thicker as its older sibling!

Fact: Considering all these upgrades, we can read between the lines and notice that although Apple strongly denied that the iPhone 6 suffers from a chronic bending problem, they took important safety measures to correct this “unacknowledged” manufacturing flaw. Do you think that the iPhone 6 Bendgate was intentionally downplayed by Apple? One thing is sure though; you won’t have to look for tips to prevent iPhone 6 from curving, once you upgrade to the new terminal!