Trick For Creating iOS Folders With No Name 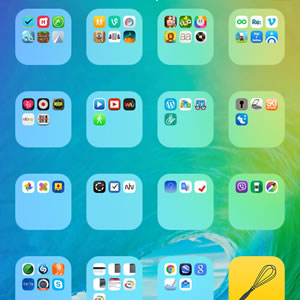 With the 1.5 million apps now available in the App Store, you can easily reach the count of 100 on your iOS device. In order to rapidly manage and access the content of each app, you need to organize them efficiently. Folders are easily used to group applications by category. Even with Spotlight search getting proactive, you still need to have an idea, where on your home screen, the shortcut of a certain app is.

The average iPhone or iPad user has a nucleus of apps used daily or very often, while other softwares collect dust on your home screen for weeks. These are usually grouped in folders labeled as “Others”, “Bulk”, “Things” or something similar. The more folders are used, the more clean a home screen will be. More, if you’re the fan of simplistic layouts you should be glad to hear that you can use a hidden iPhone trick and create nameless iOS folders!

Why To Use Unnamed iOS Folders 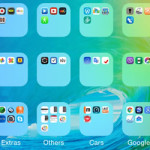 An optimal app layout would include your most used apps displayed on the first two home screen pages, while the secondary ones are grouped, by categories, in named folders. Finally the least important ones can be stored in unnamed folders on the remaining home screen views.
But can I configure nameless folders?.. you might ask. Yes, you can create no name iPhone app folders, although iOS is set up to automatically suggest a name, when you initiate the new folder creation gesture. More, it also won’t allow you to delete the name and leave the title blank, unless you use the trick provided below!

How To Create Nameless iOS Folders 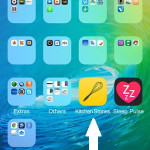 This trick exploits a flaw found in the operating system of your iPhone, iPad or iPod touch. It seems that if you use an app from the Food & Drink category, iOS isn’t configured to automatically suggest a title for your folder, allowing you to create it without a name. It isn’t even mandatory to maintain the app within that specific folder. You only need it, while you initially configure the folder. This means that with a single food related app you can create unlimited of nameless iOS folders. Here is how to do it:
Step 1: Make sure that you have a Food & Drink category app installed on your iPhone. If you don’t quickly install Kitchen Stories, Starbucks or anything else available on the App Store. 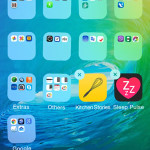 Step 2: Place the app in question on a home screen page that has room to accommodate a new folder. Make sure that there’s at least another app available nearby, so that you can start the folder configuration process.
Step 3: Tap & hold on the Food & Drink related app until its icon starts to shake and the edit mode is activated.
Step 4: Drag the icon of the same app on top of another software and the New Folder screen pops-up. Notice that the title field is blank.
Step 5: Press the iPhone’s home button and the nameless folder is created! 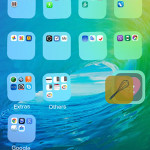 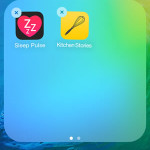 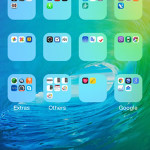 Fact: Once the unnamed folder is created you can edit it as you wish. This means adding new apps, removing the ones already hosted. You can even extract the Food & Drink app used to create it. On the other hand, if you the type that likes a crowded home screen and smiley faces you can use Emojis to name your iOS folders!

Tip: This trick doesn’t work if you mix the apps during Step 4. If you drag the second app on top of the Food & Drink one, a name will be suggested, based on the origin of the software initiating the folder creation process!