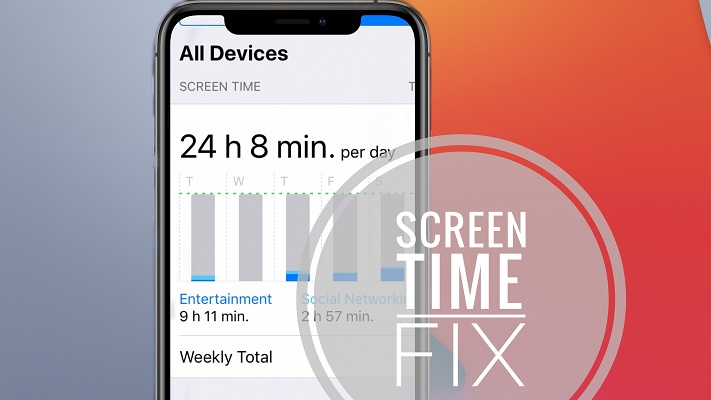 Is Screen Time on your iPhone not working as expected since you updated to iOS 14? You’re not the only one. We’ve got numerous mails from readers complaining about Screen Time false reports, lags, delays and even a broken theme. Let’s check out some troubleshooting tips that you can apply until Apple issues a software update with a working fix.

Before we start, please make sure that your iPhone or iPad is running iOS 14.1, which is the current version, at the time of writing. There have been some claims of Screen Time being fixed by this update, but reports are contradictory.

One of the minor Screen Time glitches will cause the All Activity screen to display with errors causing Most Used values to overlap and thus impossible to read. 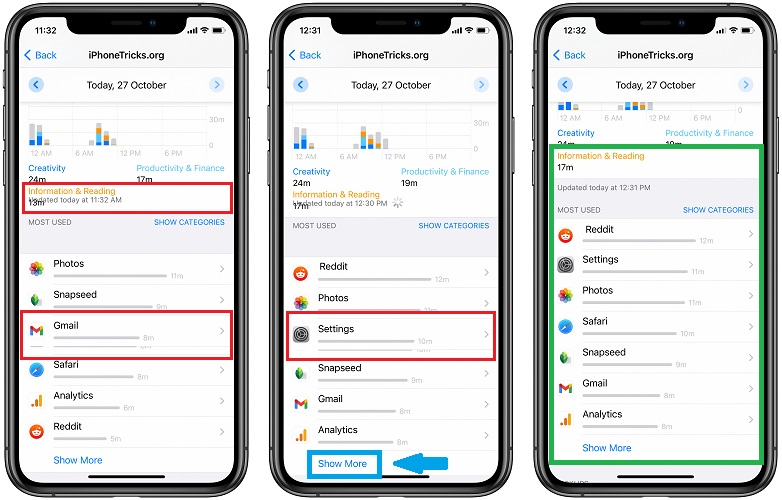 This can be fixed by tapping on the Show More label. It will expand the view, causing the apps to re-arrange themselves in the proper way.
This display issue also tends to fix itself when Screen Time updates the stats in real time.

A more serious Screen Time problem in iOS 14 generates inaccurate reports. Apps that you never use can be displayed at the top of the Most Used list showing a considerable amount of usage time, even if the app in question isn’t even installed on your device.
One reader claims that Screen Time is showing that he used the app Tumblr for 12 hours, although that’s obviously not the case. The app in question couldn’t even run in the background because it isn’t installed on the device anymore.
Another user informed us that his Instagram app shows a total daily activity time of 1 hour while the Screen Time app shows 8 hours for the exact same app.

Here is what you can do to fix this:

The first open is to force restart your iPhone and see if a fresh start will clear the Screen Time bug. All that you have to do is to quickly click & release Volume Up, Volume Down followed by a long click & hold of the Side Button until the Apple logo is displayed on the screen. Be patient until the device reboots, provide your Passcode and check if Screen Time has been fixed.

The next step is to deactivate Screen Time and set it up from scratch. Be aware though that this will cause all your Screen Time data to be erased.

iOS 14.2 will be released soon, but you can already install it on your iPhone or iPad if you signup for Apple’s Beta Software Program. It’s unclear if the upcoming release includes a fix for the iOS 14 Screen Time bug but if you’re too annoyed by the current situation you can update to iOS 14.2 beta and see if it helps. A detailed step-by-step tutorial is available here.

How To Fix Screen Time Lagging

Another annoying Screen Time issue in iOS 14 freezes the app and causes important delays. This bug appears to surface when time extensions are requested for limited apps. Some claim that it takes an iPhone or an iPad up to one full minute to open the requests, with subsequent delays for each step required to approve the request. In the worst case scenario Time Screen will crash the Settings app.
Fix: If the troubleshooting steps provided above don’t work, you can use your Mac as a workaround and approve the time extension request from macOS! Or, try out iOS 14.2 Beta as instructed above.

Do you encounter problems with the Screen Time app in iOS 14 and iPadOS 14? Let us know what bug your faced with and confirm if one of the above fixes worked for you. Don’t hesitate to mention a fix if we left it out.