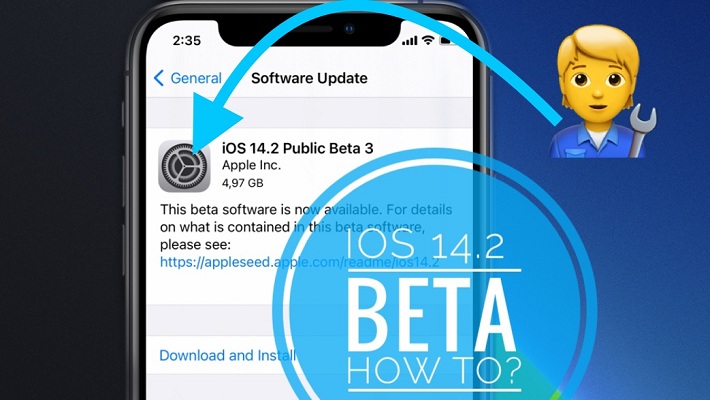 Apple has just released iOS 14.1 with 13 bug fixes, but there are still many other iOS 14 glitches that remained unaddressed. The most annoying an ‘dangerous’ issue is the bug that randomly mutes Ringer and Alerts on your iPhone. It leads to missed phone calls, late wake ups and can literally compromise your entire day.

Apparently, Apple has managed to fix it in iOS 14.2. However, this next major software update could be only released to the public in the upcoming weeks. If you can’t afford to have your incoming calls, texts and alarms randomly muted when you least expect it, we encourage you to update to the most recent iOS 14.2 beta release and patch this problem.

iOS 14.2 Public Beta is available free of charge. Before you start the update process please perform a full iPhone and iPad backup via iTunes or iCloud. Also, be aware that the beta versions aren’t bug-free. They might lead to increased battery draining or other glitches. At the time of writing, we did test iOS 14.2 Beta 3 and its stable enough to recommend it!

1. Use Safari to enroll to the iOS 14 beta program. (direct link). Sign Up or Sign In with your Apple ID and accept Apple’s terms.
2. Scroll the ‘Guide for Public Beta’ page until you reach the ‘Get Started’ section. Tap on enroll your iOS device!
3. Scroll for the ‘Install Profile’ section and tap on Download profile.
4. Hit Allow, to permit the Profile download.
5. Tap Close and swipe-up to exit Safari.

6. Open Settings and browse for General, scroll for Profile and tap on the iOS 14 Beta Profile!
7. Tap Install, top-right corner of the screen. Enter your device’s Passcode. Tap Install again and do the same for the third time, when the Install option unveils from the bottom of the screen.
8. Hit Restart to reboot your iPhone and allow the changes to take effect!

Important: Updating from iOS 14.1 or iOS 14.0.1 to iOS 14.2 Beta requires you to download iOS 14 from scratch. That’s a big 4,97 GB download! Make sure that your iPhone is connected to a stable Wi-Fi hotspot. The entire update process could take up to 1 hour, as demonstrated here! 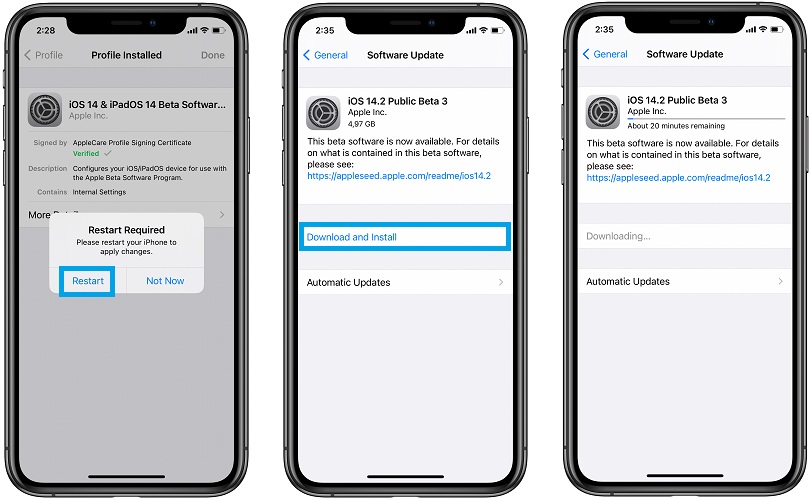 9. Open the Settings and browse for General -> Software Update.
10. Tap Download and Install, on the iOS 14.2 Public Beta 3 screen. Enter your Passcode and the download starts. Be patient until it completes and the iPhone is prepared for update.

11. Tap Install Now, when the option becomes available.
Important: Your iPhone will become unusable from this point. The update will be verified and started. The Apple logo is displayed on the screen. Wait until the loading bars are filled up. The smartphone will reboot after the update process is completed!

If you encounter any problems along the way please check our detailed troubleshooting guide about how to fix iOS update stuck in various phases!
If you still need help don’t hesitate to use the comments section of this article and we will be glad to assist you.

Besides fixing the iOS 14 mutes Ringers and Alerts bug, iOS 14.2 will also add some new features:

Have you update to iOS 14.2 Beta? What’s your feedback? Let us know in the comments section available below!