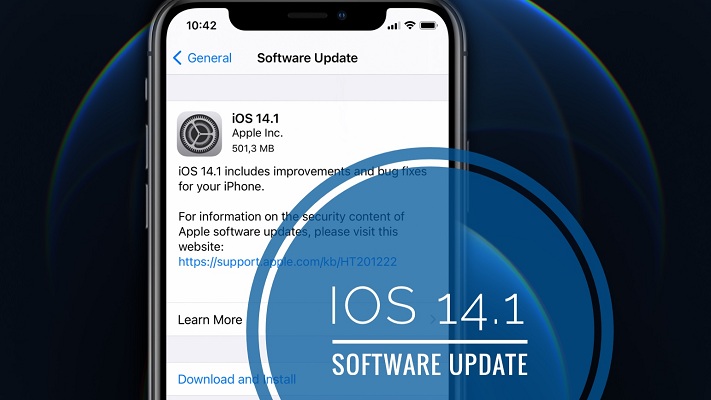 Apple has finally released iOS 14.1 (build number 18A8395), the first important software update, since the initial release of iOS 14. The change log mentions 13 bug fixes and improvements that fix some of the annoying problems that users reported in the past few weeks.

Apple appeared to be pushing iOS 14.1 exactly one week ago, after the iPhone 12 keynote, but the update was ultimately pulled and was only provided as GM to Developers. One week, later the 501,3 MB update is now available over-the-air for all compatible iPhone and iPad models.

iOS 14.1 update is really fresh and your device won’t notify you, withing next couple of days. However, you can force the update if you manually install it:
Important: As always perform a full iPhone backup via iCloud or iTunes before installing a software update! 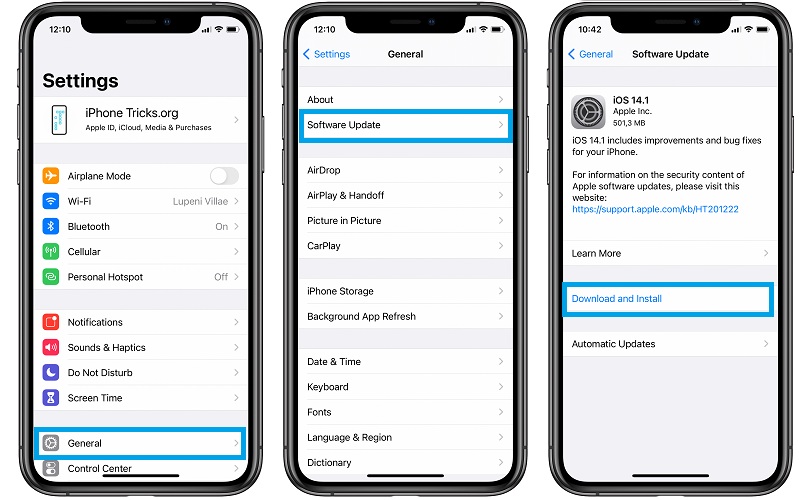 1. Open the Settings app on your iPhone or iPad.
2. Tap on General -> Software Update.
3. Hit Download and Install.
4. Provide your Passcode, Agree with Apple’s Terms and be patient until the new software is downloaded and prepared.
5. Tap Install Now to confirm that you want to go ahead. The update is verified and deployed on your iPhone or iPad.
Fact: The device reboots itself automatically to mark the end of a successful update process.
6. Swipe-up to configure your iPhone. Opt if you want to share Analytics with Apple. Follow the on-screen prompts and you’ll be ready in a few seconds.

In my experience the entire process lasted 28 minutes. I started the download at 10:42 am and completed the iOS 14.1 configuration steps at 11:10 am. The breakdown looks like this:

If you’re still running the older iOS generation, updating to iOS 14.1 has the same steps provided above. However be prepared to download an almost 5 GB large update file. This means that the process will take a lot longer (up to 1 hour). The final outcome is strongly impacted by the speed of your Wi-Fi connectivity.
Tips: To make sure that the update process occurs flawless you have to make sure that your iPhone’s battery percentage is over 50% and that the device is connected to a stable Wi-Fi hotspot!

No, Apple restricts software update to Wi-Fi connectivity. That’s probably because of an agreement that the company has with carriers, to prevent congestion times and service downtime, if everyone would start downloading large updates in the same time, in the same area!

Do you encounter any problems while updating to this latest software release. Please check the common troubleshooting options provided here. If they don’t work, don’t hesitate to comment at the bottom of this article and ask for help.

The standard bug fix description is displayed for this update too:
‘iOS 14.1 includes improvements and bug fixes for your ‌iPhone’

Have you updated to iOS 14.1? What’s your feedback? Do you notice any others bugs fixed, on top of the ones mentioned above?

Related: iOS 14.2 is the next major software update scheduled for iOS 14. It’s already beta being beta tested since a few weeks and should come alongside the iPhone 12 mini and iPhone 12 Pro Max devices.