How To Install watchOS 8 Developer Beta On Apple Watch 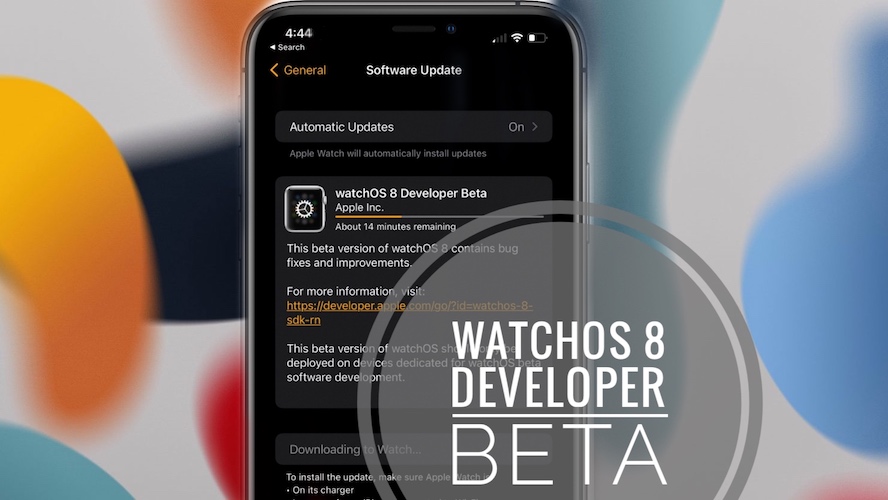 To be able to install watchOS 8 Developer Beta on an Apple Watch, you first need to download and install the iOS 15 Beta on the paired iPhone! Apple has released the very first test versions of iOS 15, iPadOS 15, watchOS 8 and macOS Monterey, right after the WWDC21 Keynote. Here we you how to update to them, step-by-step.

If your Apple Watch is able to run watchOS 7, it’s also compatible with watchOS 8. However, before we start please be fully aware that Apple recommends beta versions to be installed only on secondary devices. More, the watchOS 8 Beta is different from its siblings, because you can’t downgrade to the most recent watchOS 7 public version once you commit to the test program.

How To Update To watchOS 8 Developer Beta

To install iOS 15 Beta on your iPhone, you first have to grab the iOS 15 Configuration Profile. This is done from the Apple Developer Page. With the Beta Profile installed you can proceed with the iOS 15 Developer Beta in Settings -> General -> Software Update.
Tutorial: We’ve already published a detailed step-by-step guide about this process. You can read it here.

With the iOS 15 Beta installed on the paired iPhone, you have to visit the Apple Developer Page again and download the watchOS 8 Configuration Profile.

Before you begin make sure that your wrist-worn gadget is connected to WiFi, attached to the MagSafe charger and near the paired iPhone:

After the update is downloaded and verified the Install Now button becomes available.
Tap it to initiate the final stage of this update process.
Your Apple Watch will automatically reboot when watchOS 8 is ready to use.

Do you know that you can also install watchOS 8 Beta directly from your wrist? This is possible if you own an Apple Watch Series 6 model.
How To:
– Click the Digital Crown and go to the Settings app.
– Browse for General -> Software Update.
– Tap Install and confirm with OK.
– Open the Watch app on your iPhone and Agree to Apple’s Terms and Conditions.
– Tap Download & Install on your Apple Watch and be patient until watchOS 8 Beta is installed on your wrist-worn gadget.

Have you managed to install watchOS 8 Beta on your Apple Watch. What are your thoughts. Share your feedback using the comments section available below. Don’t hesitate to ask if you need more clarifications.

Related: If you’re a fan of software updates and new features you might also want to try out the macOS Monterey Developer beta!