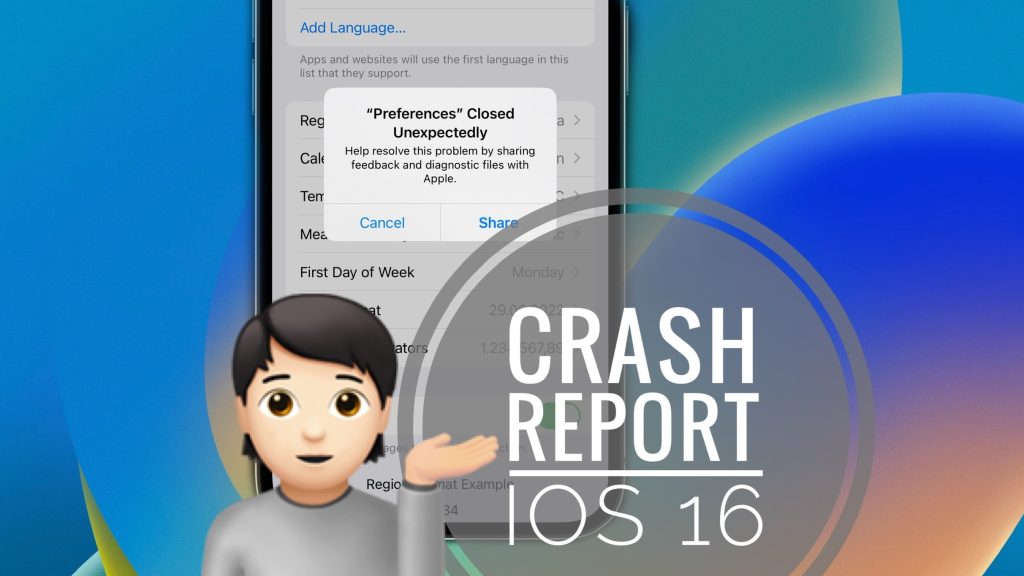 In iOS 16 you can report bugs to Apple much more easier than before! Apple has added new functionality alongside the iOS 16 Beta, which prompts users to share a bug report, whenever a process glitches out an the app or the entire OS crashes unexpectedly!

Apple plans to reduce the number of bugs that slip through the summer-long beta testing period. This should allow the Cupertino-tech giant to rollout a less problematic iOS 16 public version and increase customer satisfaction!

Bug reporting has been available in the past too. However, you had to open the Feedback assistant app manually and file the report.

This approach proved itself counterintuitive, as Apple did not receive enough feedback to pinpoint and fix significant issues. This allowed a significant amount of bugs to find their way in the iOS 15 and iOS 14 public versions.

Starting with the iOS 16 Beta stage, crashes are automatically detected by the iPhone and a prompt asks you to Share feedback and diagnostic files with Apple.

The bug report popup mentions the issue that will reported. For example, I just had:

while trying to change the region of my iPhone.

Or, you’re informed that a restart has been performed because of a problem:

“Your iPhone was Restarted Because of a Problem”

In both cases the request is:

How To Send Bug Report To Apple 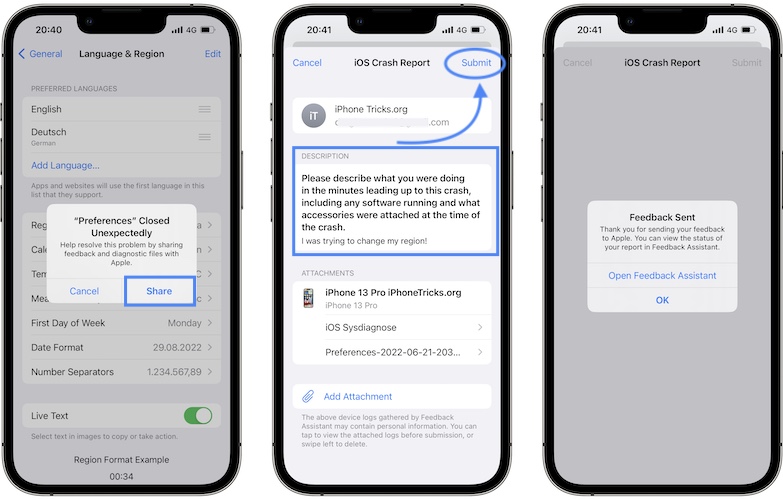 How To Check Bug Report Status

To check if Apple addressed your report, you can check the crash report status in the Feedback app: 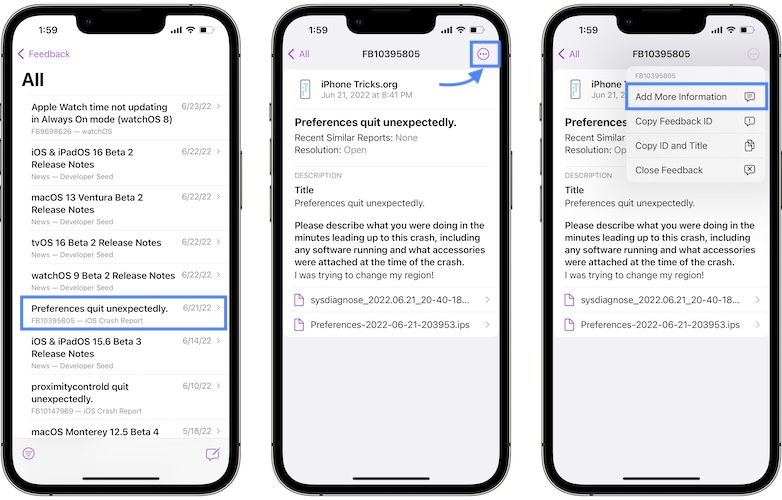 After sending an iOS 16 crash report to Apple, we invite you to share the bug with us too. We will try to replicate it and provide troubleshooting tips.

If we’re not able we’ll share the issue with the iPhoneTricks.org community and ask our readers for suggestions.

You can describe an iOS 16 bug in the comments of this article or send them over privately via email or by filling our bug report form.

Are you using the new iOS 16 bug report feature! Did you get any crash reports fixed by Apple? Share your experience in the comments.