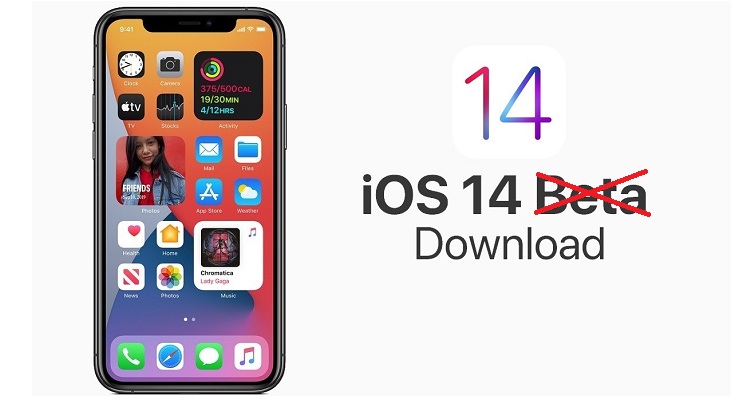 There are two ways to install iOS 14 on an iPhone that already runs an iOS 14 Beta version. You can either update the device to the iOS 14 Golden Master version, which was released on September 15 and has the same build number, 18A373, as the iOS 14 public release. Or, delete the iOS 14 Beta Profile, restart your iPhone and search for the iOS 14 public version.

What happens if I delete iOS 14 Beta Profile?

Deleting the iOS 14 configuration profile won’t harm your iPhone. It doesn’t affect the current software installed on the device. It just un-enrolls your device from the iOS 14 Beta Program. Which means that you won’t be able to download further iOS 14 test versions.
To bring this change to effect you have to force restart your iPhone, after you delete the profile.

How To Delete The iOS 14 Beta Profile

How to Check iOS 14 Build Number

If you’re not sure what iOS 14 build number your iPhone is running, proceed as follows:
1. Open Settings.
2. Tap on General.
3. Select About.
4. Tap on 14.0, available in the Software Version field. The build number is displayed.
Tip: 18A373 is the build number of the iOS 14 Golden Master version. If you run this version it means that you already updated to the GM and even if you delete the iOS 14 Beta Profile, you still won’t get anything on your Software Update screen, because the public iOS 14 version has the identical built. In this scenario you will only get a new update when Apple releases iOS 14.0.1 or iOS 14.1.

Have you applied the steps described above by the update process gets stuck at the user agreement stage? We’ve got you covered. Apparently, this is a common occurrence for users that are updating from an older iOS 14 beta version.
How To Fix:
1. Open the Settings and tap on your Apple ID, available at the top of the screen.
2. Scroll to the bottom and Sign Out.
3. Return to Settings and tap on General -> Software Update.
4. Hit Download and Install, provide Passcode and Agree with terms. Download should begin!
5. Important: Return as soon as possible to the Settings home page and tap your Apple ID again. Sign back in before you install the update!

Have you managed to delete the iOS 14 beta profile and switch for the iOS 14 public release? Let us know in the comments section available below.

Related: Check out other iOS 14 update problems and get the fixes for each scenario!