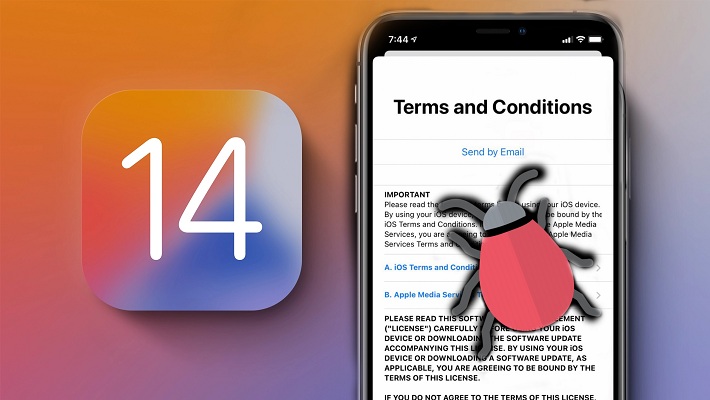 iOS and iPadOS 14 have been released exactly one week ago. If you’re still having problems to update to the public release versions you might be stumbling upon a common glitch called the ‘Terms and Conditions’ bug. This issue surfaces in most cases for users that are trying to update from an iOS 14 beta version.

The iOS 14 update displays normally on the Software Update screen, but after the user clicks Download and Install and inserts the Passcode the process is suddenly blocked at the user agreement stage. You can reboot your iPhone and retry but you’ll be stuck in the same place over and over again. No worries though, you’re not the only one experiencing the issue.

How To Fix iOS 14 Stuck on TOS

The update process should continue normally. You can use your iPhone while iOS 14 downloads in the background. Do note that the device will become unavailable while iOS 14 is actually installed, after you press the Install Now button. However, this shouldn’t take more than 10 – 20 minutes.

How To Fix Other iOS 14 Update Problems

If your iPhone or iPad is stuck when it tries to estimate the time needed to download the iOS 14 software update, you really have to wait for it. In most cases you are dealing with Apple servers that are clogged up.
If you’re attempting to upload several days after a release, when most of the users have already updated, the problem lies at your end.
Troubleshooting tips:
– Make sure that your Internet connection is working properly.
– Check if your device has enough storage space available.
– last but not least, apply the above fix and start allover again.

If the iOS 14 update encounters problem during the ‘Preparing Update…’ stage it means that either your iPhone is running out of storage space and the device is trying to offload apps and make room, something happened with the Internet connection or Apple’s servers can’t handle the requests.
Fix: There is no new fix for this stage. You have to try the debugging tips that have been mentioned above.

iOS 14 update process frozen while your Apple logo is displayed on a black ground is the worst scenario. This is when you call your iPhone bricked. It’s dead and to revive it you have to also add a computer into the equation.
How To Fix:
Before starting please connect your iPhone to a computer (macOS or Windows) using an USB cable.

Did you manage to update to iOS 14? Has any of the above troubleshooting tips helped you out? Let us know using the comments section available below!