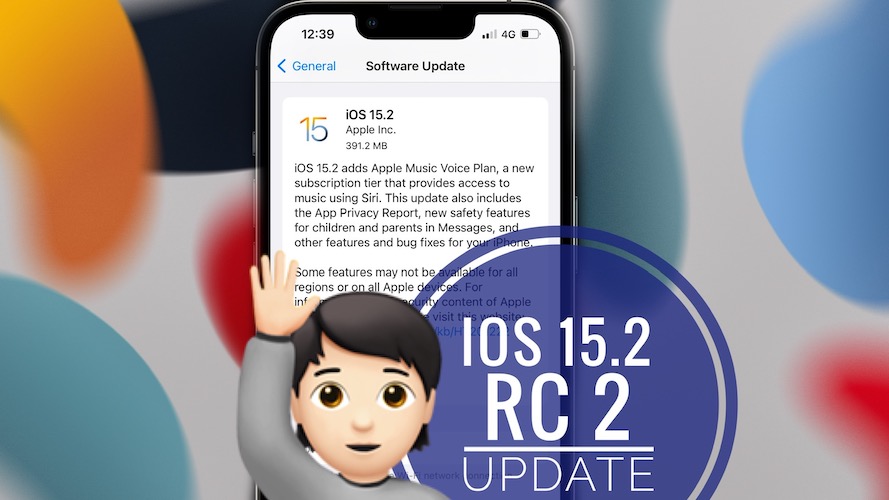 Apple has released iOS 15.2 RC 2 build number 19C57. This new beta version comes only three days after the rollout of iOS 15.1 RC (19C56), which should have developed into the iOS 15.2 public release version! 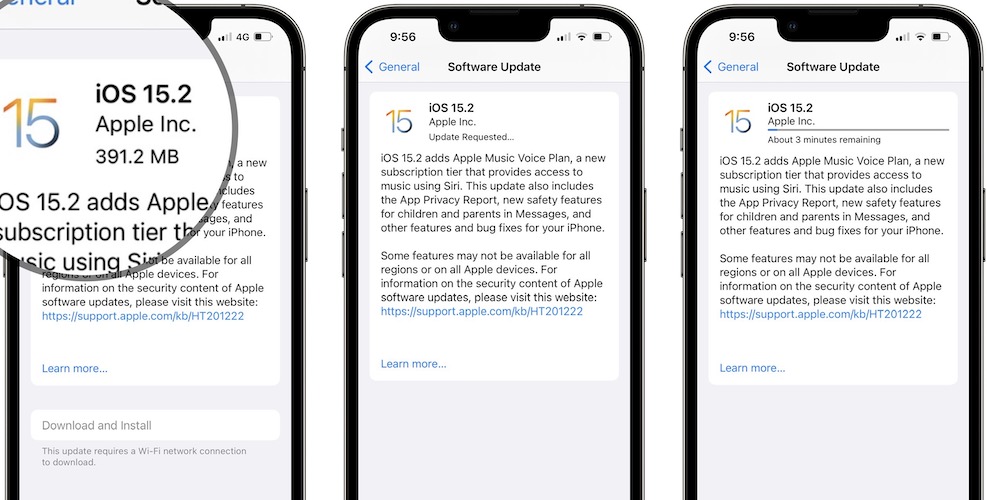 Important: iOS 15.2 RC 2 is 391.2 MB large and will only show up in the Software Update screen, if you have the iOS 15 Beta Profile installed on your device. For a how=to step-by-step guide please read here.

Fact: It appears that this second Release Candidate version only shows up for iPhone 13 and iPhone 13 Pro models! 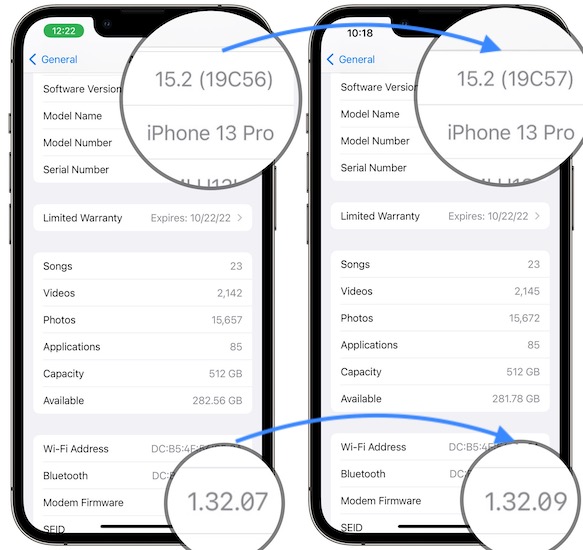 The About section in Settings shows that the 2nd Release Candidate version comes with an updated modem firmware version, up to 1.32.09 from the previous 1.32.07.

Fact: This might fix the cellular data issues reported by users since the iOS 15.1 update.

If you spot any other changes don’t hesitate to use the comments section and share them with us. We will update them here asap! The Apple Developers release notes are available here.

If you encounter any new issues while testing out this 2nd Release Candidate version, use the comments section to share them with us.

We will update them here, try to replicate and share any available workarounds or fixes!

For all the updates and improvements coming in iOS 15.2, read our detailed review!

Have you updated iPhone 13, 13 mini, 13 Pro or 13 Pro Max to iOS 15.2 RC? Did you spot any other changes besides the ones mentioned in this article? Use the comments section to share your feedback.

Related: Apple has also released the macOS 12.1 RC 2 for all compatible Macs!