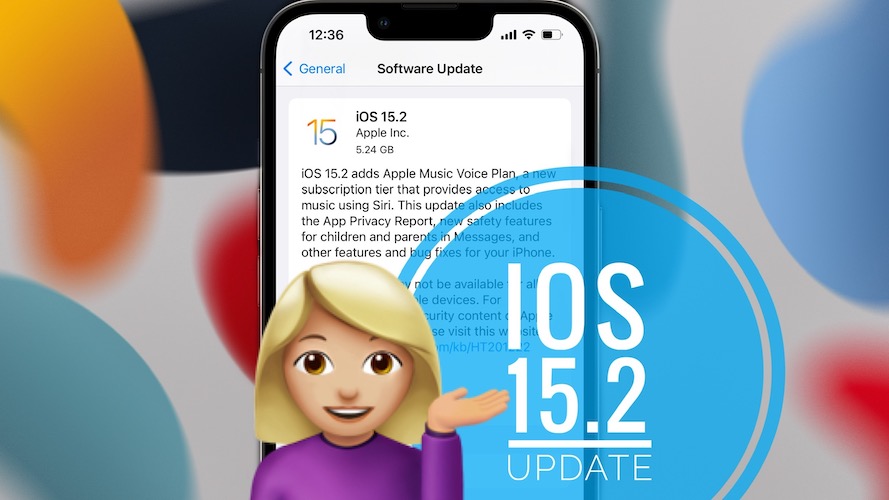 Apple has released iOS 15.2 with build number 19C57 (and 19C56) to all compatible iPhones, as well as iPadOS 15.2 to all supported iPads. This update brings new features, changes, improvements and bug fixes! 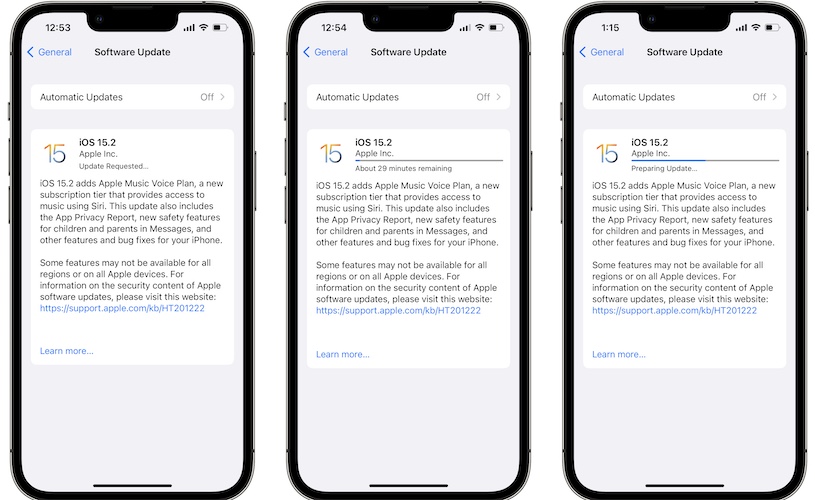 This update is available as usual over-the-air:

The highlighted features on the iOS 15.2 Software Update screen are: 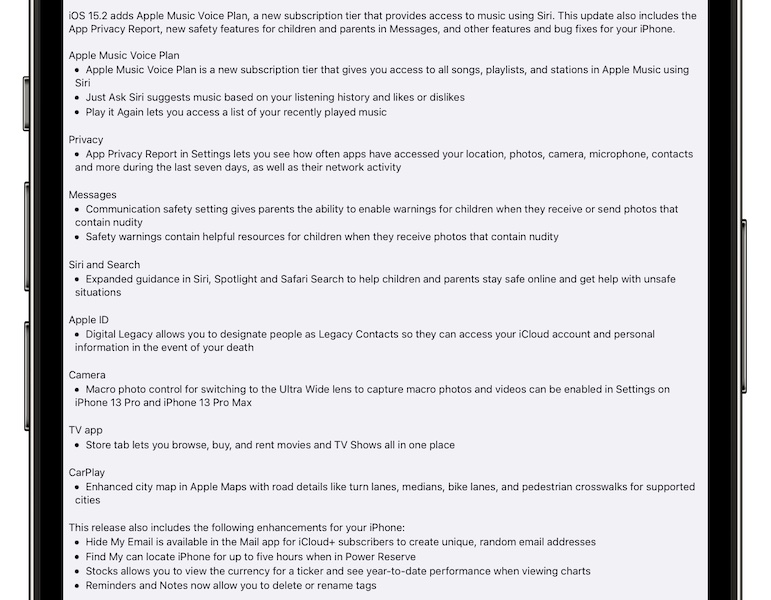 Other changes mentioned in the extended update log are:

Below you can find more changes that aren’t mentioned in the update log, but have been uncovered during the beta testing stages:

Apple also mentions six issues that have been addressed by this release.

However, we’ve reported many other bugs occurring in iOS 15.1 and iOS 15.1.1. They could be fixed, although not mentioned in the update log. Below you can find a list. Try to replicate them and let us know if they’re still occurring in iOS 15.2 or not:

If you spot any new issues in this release, please use the comments section to report them to us. We will try to replicate and find any available workarounds or fixes.

Monday, December 13, 2021 is the most likely release date for iOS 15.2! This estimation is based on Apple’s past software update routines.

Have you already updated to iOS 15.2? What’s your feedback? Share it in the comments section.