How To Update iPhone To iOS 15 Public Beta 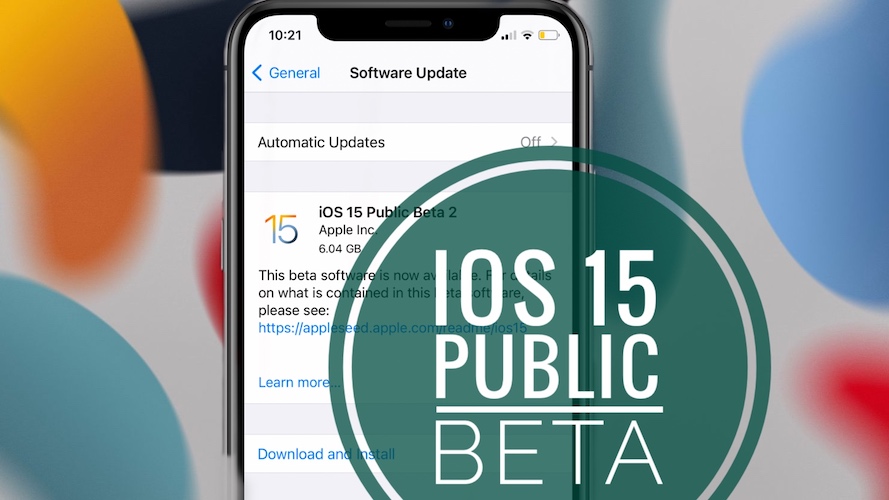 Apple hasn’t wasted any time and released the iOS 15 Public Beta one day shy of July! If you own a compatible iPhone you can update to iOS 15 Public Beta straightaway as long as enroll your iOS device in the Apple Beta Software Program. The iOS 15 update is easily done over-the-air, but we recommend you to install it on a secondary device as it includes a fair share of bugs and glitches.

How To Update To iOS 15 Public Beta

An iOS beta test version is downloaded and installed from Settings, as any other iPhone software update. However, you first need to install the iOS 15 Configuration Profile to get on the Public Beta update stream. 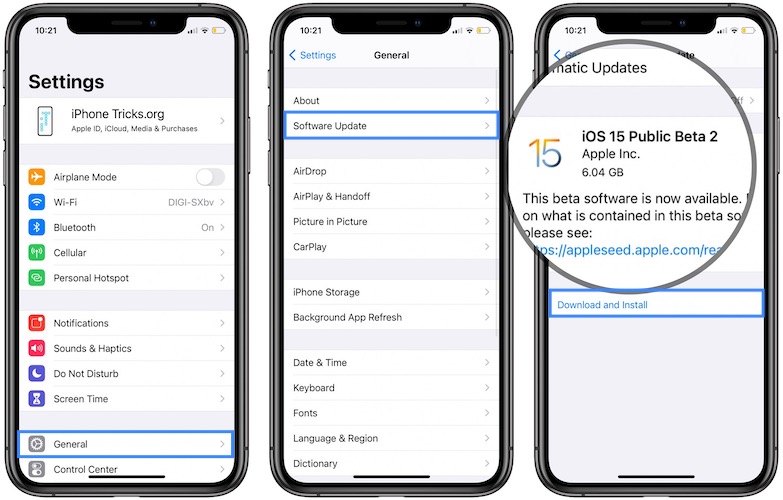 How To Make Archived iPhone Backup

Before you update to the iOS 15 Public Beta we strongly recommend you to perform an archived backup of your device. This backup will allow you to downgrade to iOS 14, if you’re not happy with the iOS 15 test version.
Fact: Some apps might not work as expected in the iOS 15 beta, because of incompatibilities.

Important: Updates made in iOS 15 can’t be used to restore an iPhone running iOS 14, this is why it’s very important to backup before installing iOS 15 beta.

Tip: When the archived backup is ready, you can review the date and time of the last backup in General, above Manage Backups.

iOS 15 brings lots of new features to the iPhone. We’ve already reviewed some of them during the Developer Beta testing stage. You can check them out here:
– Add Text from Camera
– Filter Notifications with Focus
– Drag and Drop files on iPhone
– iOS 15 Notifications Summary
– EXIF Metadata in Photos
– FaceTime video calls on Android and Windows
– Mail Privacy Protection
– Lock PDF with Password
– Memoji Outfits

iOS 15 Developer Beta versions 1 and 2 have been surprisingly stable and Apple’s early rollout of the Public Beta is a strong indicator. We did not encounter any major bugs.
However, this section is reserved for glitches surfacing during the iOS 15 beta testing stages. Don’t hesitate to use the comments section and report any problems that arise!

Have you updated to iOS 15 Public Beta 2? What’s your feedback?