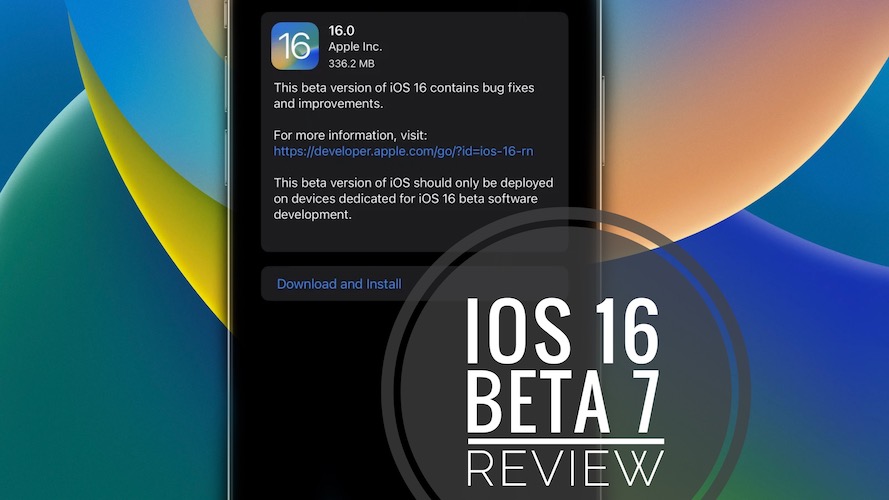 New bugs as well as previous problems that haven’t been fixed in this version are listed below:

Problems solved by this update are mentioned here:

Changes spotted in this version when compared to Developer Beta 6 are mentioned here:

Tip: If you want to check all new features coming in iOS 16, please read our extended review here.

Tip: You need to have the iOS 16 Developer Beta Profile installed on your iPhone for the Beta 7 update to show up. If you deleted it in the meantime or if your device runs a public iOS 15 version, you have to enroll your device on the Apple Developer platform (paid account required). More details here.

This can happen if your iPhone is enrolled to Apple’s Public Beta Software program. In this case you will have to wait for iOS 16 Public Beta 5, which will be an identical version of Developer Beta 7.

Tip: If you’re sure that the iOS 16 Developer Beta Profile is installed on your device and Beta 7 is still not showing up, force restart iPhone and try again.

For the first time in the iOS 16 and iPadOS 16 beta testing stage the build numbers of the two versions are not identical, which means that we’re dealing with different versions.

iOS 16 Beta 7 build number is 20A5356a. The ‘a’ at the end symbolizes that it’s a very stable release close to the public version.

iPadOS 16 Beta 7 has build number 20B5027f. The ‘f’ at the end of the version number confirms rumors that Apple will launch iPadOS 16 with a delay!

Have you installed iOS 16 Beta 7 on iPhone? Did you spot any new features? What about new bugs? Share your feedback in the comments.