Posted in Reviews by Patricia on November 16, 2017 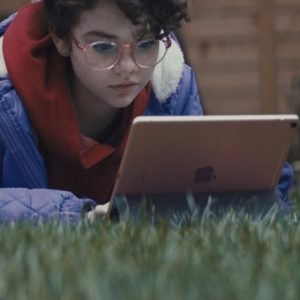 Apple has just published an intriguing new ad on its official YouTube channel labeled as “What’s a Computer”. The commercial features an iPad Pro running iOS 11 which helps a teenager to complete his daily tasks using just his Apple tablet and a few accessories. The video is one minute long and demos a series of spectacular productivity and multitasking features made available by the 11th iOS generation and the Apple Pencil.

The final conclusion is drawn when the iPad user return home at the end of the day and his / her mum asks “What are you doing on your computer?”. The teenager, unfazed, replies “What’s a computer?”. All this matches Apple’s description of the ad which claims that the iPad Pro and the iOS 11 combo prove that “a post-PC world may be closer than you think.”

iPad Pro What’s A Computer Ad
Check out the commercial in the embedded video available below:

Question: Do you think that PCs will be come obsolete in the near feature? Are you already spending more time on an iPad than on a computer?