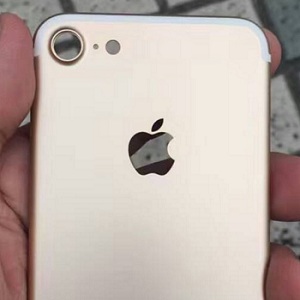 The more closer we get to the official iPhone 7 release date the more clearer it becomes that the upcoming Apple flagship won’t revolutionize the smartphone world, at least not design-wise. The rumors that claim that the upcoming iOS 10 powered device will look almost identical with its predecessors, the iPhone 6 and 6S, are confirmed day by day. That’s quite a shock for most Apple fans that were rightfully expecting a new design every 2 years, because this is how the Cupertino-based technology giant used to market the iPhone in the last half of a decade.

More, the major problem doesn’t seem to be a design stagnation, but a true involution. Most recent leaks confirm that the iPhone 7 main camera, the back one, will protrude significantly more as its older version. The fact that Apple tries to fit a more powerful camera, that can compete with the hardware offered by rivals Samsung, on their Galaxy S7, within the same design of the iPhone 6S will most likely conclude with a design fiasco. Take a look at the nearby image and share your thoughts with us. 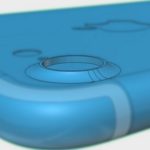 iPhone 7 vs iPhone 6 & 6S Design Changes
If you analyze the most recent iPhone 7 leaked photos you’ll agree that there aren’t too many noticeable differences in terms of design. Excepting the one mentioned above and which is rather an involution and not a plus in terms of looks, one can also notice that the antenna bands have been redesigned. But these are all the differences that one can notice on the back of the phone. The front comparison brings up similar results. It’s uncertain yet if Apple will innovate and ditch the physical Home button, in favor of a more tactile version, but that’s about all in terms of novelties. Because the physical size of the phone and the screen size remain unchanged, it’s logical to assume that the bezels won’t get thinner either! 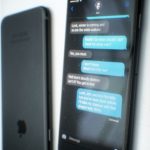 iPhone 7 Black A Welcomed Arrival
Perhaps one of the most exciting rumors regarding the upcoming iPhone 7 is that it will feature a new color: black, Space Black. That’s full black. It’s uncertain yet if Space Gray will be ditched, but the idea of having a complete black iPhone is exciting for many of us. This will be the first time since the iPhone 5 when Apple fans can buy a complete black smartphone. You can take a look at an iPhone 7 black render in the photo available nearby. Another new color expected to come with this latest flagship is navy-blue. All other iPhone 6S colors will be maintained.