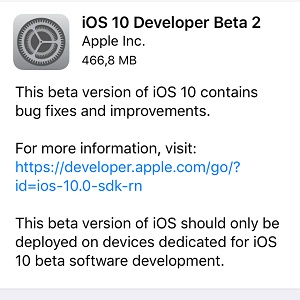 The Cupertino-based technology company has recently seeded the 2nd test version for iOS 10. As the initial beta this newest firmware is also available only for Apple developers. Anyone can signup and become a developer. You can even grab the iOS 10 developer beta profile if you opt to pay the $99 membership. However there is a way to download iOS 10 Beta 2 on your iPhone without owning a premium Apple account.

If you already run Developer Beta 1 on your iPhone things are really simple because you can use the OTA (over-the-air) update feature and grab Beta 2, as you do with any regular iOS update. The firmware size is around 500 MB, so make sure that you have at least the same amount of storage space available before you proceed with the upgrade process. If you’re still on iOS 9 or older, you do need to go through the steps highlighted within this article.

How To Install iOS 10 Developer Beta 2 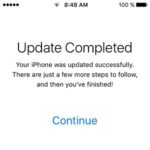 Step 1: Grab your iPhone and perform a complete backup via iTunes or iCloud.
Step 2: Check your storage space (Settings -> General -> Storage & iCloud Usage -> Manage Storage) and make sure that you have at least 1,6 GB free space.
Step 3: Open Safari and copy/paste this link in a new window: http://tinyurl.com/htq4x52
Step 4: Download the iOS 10 Beta Profile.
Step 5: Open Settings and browse to General -> Software Update. Once the Developer Beta 2 firmware is found, tap on Download and Install and complete the update process as usual.
Step 6: Configure your iPhone after the device reboots and you’re ready to test iOS 10! 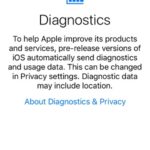 After testing this 2nd seeded beta, for a couple of hours, I can confirm that my iPhone runs much more stable and efficient. The power draining issue seems to have been patched. Device unlocking works flawless as well as the rest of the available animations, which are running smoother. Haven’t experienced a force app shutdown so far. As a conclusion iOS 10 Beta 2 looks far more inviting for those that haven’t jumped the developer beta bandwagon yet. Anyway if you’re still reluctant, you might as well wait a couple of days more until the public beta is released!