Posted in Errors and Issues by Patricia on August 22, 2022

Is the Apple Music widget stuck on Lock Screen? The Now Playing controls glance won’t go away even though there’s no music playing anymore on iPhone or on other devices added to the Home app? This is a minor iOS 16 bug that can be easily fixed.

This issue has been reported by Levi in our iOS 16 Public Beta 4 review page:

Apparently it’s quite common in the iOS 16 beta stages. I found a similar complaint on Reddit.

How To Fix Apple Music Widget Stuck On Lock Screen

This seems to be a minor glitch that should be fixed until the public release of iOS 16.

In the meantime troubleshoot as follows:

If Apple Music is running in the background it might glitch out and show the Now Playing controls on the Lock Screen even though no music is playing. 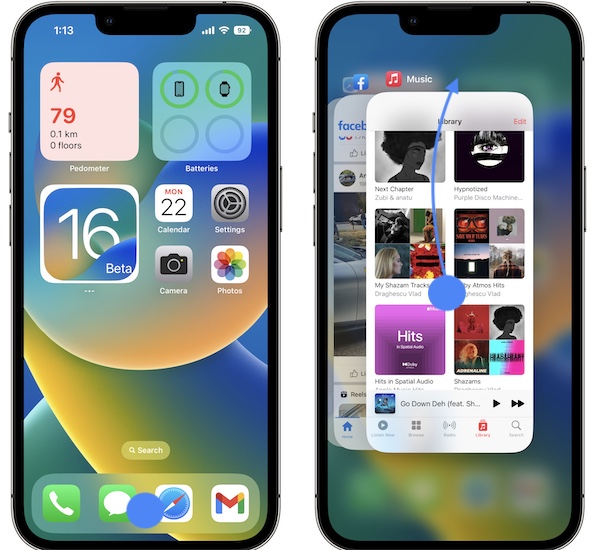 If the above tip doesn’t do the trick, a reboot should fix it.

Force restart iPhone: Click & release Volume Up, Volume Down and press & hold the Side Button until the screen goes black.

Did you manage to fix Music widget stuck on Lock Screen? Do you have a better solution or other questions? Use the comments section to share your feedback.

Related: Full screen music player on Lock Screen is back to iPhone in iOS 16. Here is how to use it!