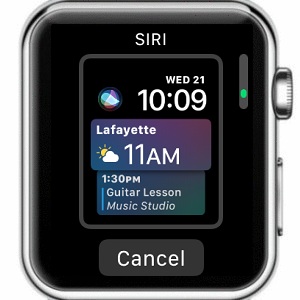 Starting with watchOS 4, the most popular smartwatch on the market also receives two new Watch Face options: Siri and Kaleidoscope. These are added to the 13 templates that are already available. The Siri Watch Face brings the intelligent iOS virtual assistant to your wrist, allowing it to display information that you need, exactly when you need it.

In iOS 11 Siri is more proactive than ever and rumors state that with the upcoming iPhone 8, it will receive its own hardware chip, as Apple plans to bring artificial intelligence at a whole new level. Until watchOS 4, Siri was available on your Apple Watch only when you called it, by pressing and holding the Digital Crown. Thanks to the new Watch Face, the virtual assistant is able to feed you with info as soon as you raise your wrist and check the screen. 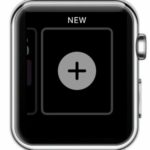 How To Enable Siri Watch Face
1. Raise your wrist to wake your Apple Watch.
2. Press firmly on the existing Watch Face and swipe-left until the end to reach the “New” card. Tap it!
3. Use the Digital Crown to scroll among templates, until you reach the Siri Watch Face.
4. Tap it and the new background is enabled.
Tip: If you already created a Siri Watch Face you can revert to it by swiping left or right, while the current Watch Face is displayed. 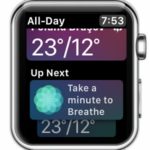 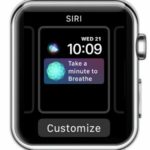 Siri Watch Face Complications
As expected, the configurable zones are the complications. To customize the Siri Watch Face you have to Force Touch the screen on the Watch Face view. Next, tap the Customize label displayed below the template’s card to enter the background editing mode. Tap the top-left or top-right complication area to select it and use the Digital Crown to choose the desired shortcut, or to disable it and free up the screen.
Fact: By default the Siri Watch Face comes with a wake Siri shortcut, available in the top-left corner, while the Current Date is displayed in the top-right region. 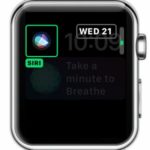 Siri Apple Watch Complications
As mentioned above, starting with watchOS 4, the Apple Watch receives one more native complication called Siri. It has the role to wake the virtual assistant and make it attentive to your voice commands whenever you tap it. This means that you can have Siri available at the reach of one tap on any Watch Face that you decide to use.
Fact: The new Siri complication comes as an addition to the other stock shortcuts as well as third-party ones provided by App Store apps installed on your wrist-worn device!