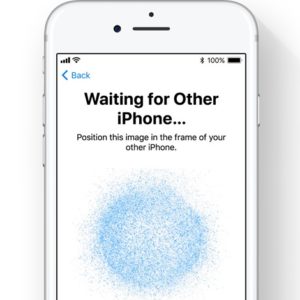 Upgrading your iPhone and iPad has never been easier as long as both your old and new Apple devices are running iOS 11. The 11th iOS generation includes, among the multitude of new features like Screen Recording, configurable Control Center, Camera’s built-in QR code reader another very useful option called Automatic Setup.

You’re prompted to use it whenever you setup a new iPhone or iPad because it’s able to import your settings, preferences, iCloud Keychain passwords and many other useful things, by pairing your new iOS terminal with your older model. Practically it spares you from manually transferring Wi-Fi info from your old iPhone to your newest acquisition. This way you can get your new iOS device fully operational within minutes, much easier and faster compared to the standard configuration.

How To Use iPhone Automatic Setup Feature
As mentioned above, for this quick setup option to become available you need both old and new mobile Apple devices to run iOS 11 and to find themselves in the immediate proximity of each other. 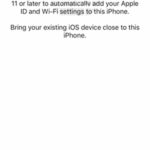 1. Power your new iPhone or iPad On and start the traditional configuration process. Select your country and and the region that the device is used in.
2. The Automatic Setup screen follows, prompting you to "use your existing iOS device, running iOS 11 or later, to automatically add your Apple ID and Wi-Fi settings" to your new Apple gadget.
Tip: Make sure that your old iPhone or iPad is connected to a Wi-Fi network and has the Bluetooth connectivity enabled.
Fact: If your old smartphone or tablet doesn’t run iOS 11 or later, you can tap the Set Up Manually option, available at the bottom of the screen. 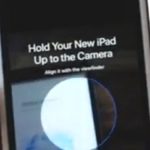 3. As soon as the new device senses the presence of an older sibling and Apple Watch-like pairing process is initiated. An animated code is displayed on the new iPhone or iPad’s screen. Grab your old device and scan the special Apple QR pairing code. Be patient and let iOS do its magic. Without any effort your Apple ID, Wi-Fi networks and other personal settings are transferred between the two paired device. To finish up the setup process you
4. You’re now required to input on your new device the Passcode from the old one. Continue with setting up Touch ID and inserting the password from your Apple account.
5. Decide if you want to setup iPhone or iPad as new device or if you want to use a backup from your iCloud account.
6. Use the Express Settings to setup Location, Find iPhone and Analytics preferences.
7. Transfer Apple Pay cards and setup Hey Siri to complete the iOS 11 configuration process.

Tip: Automatic Setup works between any two iOS devices running the 11 iteration or later. You don’t need two iPhones or two iPads, you can also setup a new iPhone with the help of an old iPad or viceversa. Speaking about new iPhones. You can check out here the latest leaks and rumors about the upcoming iPhone 8.