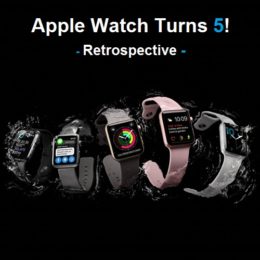 Apple’s revolutionary smartwatch has celebrated its 5th anniversary. The Apple Watch was released on April 24, 2015 and the basic 38mm model was priced at $399. PreOrders have been so high that shipping estimates extended all the way to the month of June. However, the waiting was worth it because most of the early adopters…